What is Richard Kind's Net Worth and Salary?

Richard Kind is an American actor who has a net worth of $5 million. Kind is perhaps best known for his TV work in series like "Mad About You," "Spin City," and "Curb Your Enthusiasm." He is also known for his film work in movies such as "A Serious Man." An established voice actor, Richard has booked a number of voice gigs in Pixar animated projects like "A Bug's Life," "Cars," "Toy Story 3," and "Inside Out." In addition, Kind has a notable voice role in the animated series "Big Mouth." He is also a celebrated stage actor who was once nominated for a Tony Award for his role in the 2013 Broadway production of "The Big Knife."

Richard Bruce Kind was born on November 22nd of 1956 in Trenton, New Jersey. Raised in a Jewish family in Bucks County alongside his younger sister, Kind's father was a jeweler. During his high school years, he rubbed shoulders with Robert Curtis Brown, another future actor. After graduating from secondary school in 1974, Richard attended Northwestern University. He eventually graduated from college in 1978. During his university years, he also studied acting at The Second City, a famous comedy group in Chicago.

Richard broke through with a role in the sketch comedy series "Carol & Company" in the early 90s. Kind's TV career really took off when he started portraying Dr. Mark Devanow in "Mad About You." He continued to play this role throughout the show's run while also exploring other acting opportunities. One of these opportunities was the show "Spin City," in which he played Paul Lassiter. After taking on this role, Kind started to appear less on "Mad About You" while focusing on "Spin City." He eventually became one of the only actors on "Spin City" to appear in every single episode. In 2019, he served as a guest panelist on the show "To Tell the Truth."

In 2002, he first started appearing in the show "Curb Your Enthusiasm," playing Larry's cousin. Kind then appeared in a total of eight episodes of the show. In 2006, Kind played a notable role in "Stargate Atlantis," appearing in two episodes. Richard is also known for his role in "Scrubs," as he played hypochondriac in a memorable performance. Kind then appeared in "Psych," playing an astronomer. During this period, he also became known for her performances in shows like "Law & Order: Criminal Intent," "Two and a Half Men," and "Leverage."

Towards the 2010s, Richard booked a role in season four of "Burn Notice." In 2011, he appeared in an episode of ABC's "Mr. Sunshine." Towards the mid-2010s, Kind became known for roles in shows like "Luck." During this time, he also appeared on "Kroll Show," while also playing mayor Aubrey James in "Gotham." He eventually reprised his original role in the 2019 revival of "Mad About You." 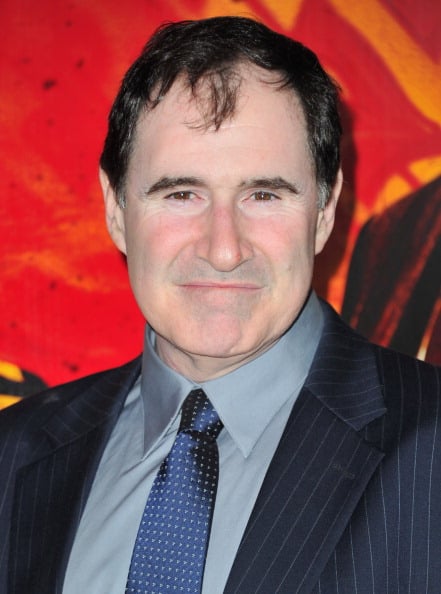 In terms of film roles, many science fiction fans remember Richard for his performance in 1994's "Stargate." He was the only actor from the original film to subsequently appear in the spin-off TV series. His next major film role came in 2007's with "National Lampoon's Bag Boy." That year, he also appeared in the independent film "The Visitor." More independent film roles followed with "The Understudy" in 2008. That year, Kind played the role of Voltaire in the New York City Opera production of "Candide."

In 2009, he booked a major role in "A Serious Man," directed by the Coen brothers. Next year, he appeared in the Clint Eastwood picture, "Hereafter." In 2011, he played a somewhat rare dramatic role in the film "Fancypants." Another role soon followed in the film "Divorce Invitation." Kind has frequently collaborated with George Clooney, and they worked together on Clooney's directorial debut, "Confessions of a Dangerous Mind." But surprisingly enough, Kind did not work as an actor in the film, and instead served as a casting director. Clooney and Kind have also collaborated on projects like "Unscripted" and "Argo."

Richard is also extremely well-known for his theater work over the years. Kind also made an early contribution by creating the role of Addison Mizner in "Bounce." He subsequently appeared in the Broadway production of "The Tale of the Allergist's Wife" in 2000. Two years later, he booked another role in "The Producers." In 2004, he followed up with another Broadway role in "Sly Fox." In 2005, he appeared in the film adaptation of "The Producers."

In 2012, Richard booked the lead role in a Hollywood Bowl production. Next, he played the role of Pseudolus in "A Funny Thing Happened on the Way to the Forum." In 2013, he was nominated for a Tony Award in recognition of his performance in the Broadway production "The Big Knife." Kind is also known for his roles in various radio and audio plays over the years.

In addition, Richard is an established voice actor who has appeared in a wide range of Disney/Pixar productions, such as "A Bug's Life," "Cars," "Cars 2," "Toy Story 3," and "Go Baby." His animated series include "Oswald," "Kim Possible," "The Penguins of Madagascar," "Chowder," "Phineas and Ferb," and many others.

Richard Kind has supplemented his acting income with a few brand endorsements over the years, perhaps most notably acting as the official spokesman for On-Cor Frozen Foods, Inc.

In 1999, Richard Kind married Dana Stanley. They subsequently had three children together before finalizing their divorce by 2014. 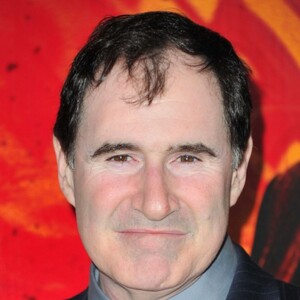