What is Richard Karn's Net Worth?

Richard Karn is an American actor and game show host who has a net worth of $10 million. Richard Karn is best known for his role as Al Borland on the ABC sitcom "Home Improvement." He appeared in 202 of the show's 204 episodes between 1991 and 1999. Later, from 2002 to 2006, he hosted the game show "Family Feud." Karn has appeared on a number of other shows over the years, including "Ctrl" and "PEN15."

Richard Karn was born as Richard Karn Wilson on February 17, 1956 in Seattle, Washington. His father, Gene, was a Navy Seabee who served in World War II. As a teen, Karn went to Roosevelt High School. Subsequently, he attended the University of Washington, where he took part in the Professional Actor Training Program. Karn graduated with a degree in drama in 1979.

Following his college graduation, Karn moved to New York City, and was almost instantly hired to appear in a Michelob beer commercial to be aired during Super Bowl XIV. Later, in 1989, he moved to Los Angeles, where he found work managing an apartment complex and catering events at a synagogue. Early on in his acting career, Karn appeared in episodes of the soap opera "One Life to Live" and the comedy anthology series "Carol & Company."

Karn had his career breakthrough thanks to a stroke of luck. Having landed himself in traffic school after receiving a traffic citation, he met an agent who informed him about a new television show that was in the process of casting. The program, the ABC sitcom "Home Improvement," was looking for an actor to replace Stephen Tobolowsky, who had to drop out due to a scheduling conflict with a movie he was filming. Karn ultimately got the role of Al Borland, the even-keeled friend of Tim Allen's character Tim Taylor. The casting decision paid off, as "Home Improvement" became a massive success, propelling Karn to fame. The show was one of the most-watched sitcoms in the United States in the 90s; it ultimately ran for eight seasons through the end of the decade.

At the peak of his time in the later seasons of "Home Improvement" Richard Karn's salary per episode was $150,000. That worked out to $3.3 million per season.

While he was still on "Home Improvement," Karn appeared on a number of other television programs. In 1995, he was in episodes of the crime drama series "Burke's Law" and the sitcom "Boy Meets World," and also starred in the ABC television film "Picture Perfect." Two years later, Karn appeared in an episode of the Dan Aykroyd sitcom "Soul Man," reprising his role as Al Borland. In the early 00s, he starred in the television film "The Pooch and the Pauper" and made guest appearances on the series "That '70s Show," "The Lot," and "The Chronicle."

Among Karn's credits in the 2010s were the teen sitcom "True Jackson, VP"; the ABC sitcom "Last Man Standing," starring his former "Home Improvement" costar Tim Allen; the television film "A Daughter's Nightmare"; and the soap opera "The Bold and the Beautiful." Karn had one of his biggest roles on the small screen from 2019 to 2021, when he played Fred Peters, the father of one of the teen protagonists, on the Hulu comedy streaming series "PEN15."

In addition to his acting, Karn is well known as a host of game shows. His biggest television hosting gig came in 2002, when he replaced Louie Anderson as the fourth host of the popular game show "Family Feud." He remained in this position through 2006, when he was replaced by John O'Hurley. Following this, in 2008, Karn replaced Patrick Duffy as host of the Game Show Network's "Bingo America," which he hosted through 2009. Later, in 2021, he began hosting "Assembly Required." 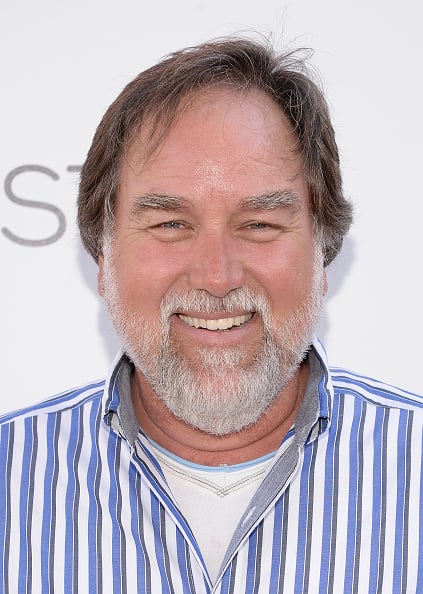 On film, Karn made his debut in the 1998 fantasy horror movie "Bram Stoker's Legend of the Mummy." A few years later, he was in "MVP 2: Most Vertical Primate," the second film in the children's "MVP" series. Karn went on to appear in other children's films, including the direct-to-video "Air Bud: Seventh Inning Fetch," "Air Buddies," and "Snow Buddies," all part of the "Air Bud" franchise. He was also in the 2017 teen comedy "F the Prom."

Beyond film and television, Karn has had notable acting roles in digital media. In 2009, he played Arthur Piller on NBC's comedy web series "Ctrl." The first stand-alone web series from a major television network, the show costarred Tony Hale, Steve Howey, Edgar Morais, Emy Coligado, and Scott L. Schwartz. A couple years later, Karn appeared in an episode of the digital series "In Gayle We Trust," also for NBC.

Additionally, Karn has appeared in some music videos. In 2002, he was in the video for the song "Someday" by the Strokes, and in 2018 was a saxophone player in the video for "Careless Whisper" by Train, featuring Kenny G.

In 1985, Karn married actress and singer Tudi Roche, who later appeared alongside him on "Home Improvement." The couple has a son named Cooper.

An avid golf fan, Karn hosted an annual celebrity golf tournament in Seattle from 1994 to 1999; it was called the Richard Karn Celebrity Golf Classic. 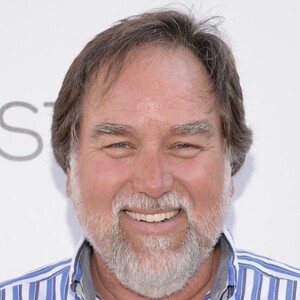