Richard Jenkins net worth and salary: Richard Jenkins is an American actor who has a net worth of $8 million. Richard Jenkins is probably best known for his work in stage, film, and television work in the United States. After getting his start in 1974 in theatre acting, Jenkins began to expand his roles to on-screen work, in which he began appearing both on TV and in films.

His most well-known roles include The Cabin in the Woods, The Visitor, and the HBO drama series Six Feet Under. For his work on The Visitor, he received a nomination for best actor at the Academy Awards. Hailing from Illinois, Jenkins was born in 1947 to Mary Elizabeth, a homemaker and Dale, a dentist. In high school, Jenkins worked as a linen truck driver, where his boss was actor John C. Reilly's father. He then went on to obtain his drama degree from Illinois Wesleyan University, where he was also part of the Phi Gamma Delta organization. Jenkins then moved to Rhode Island, where he met his future wife, Sharon Friedrick; they still maintain a permanent residence within the state. The two were wed in 1969 and have two children, a son, Andrew and a daughter, Sarah. 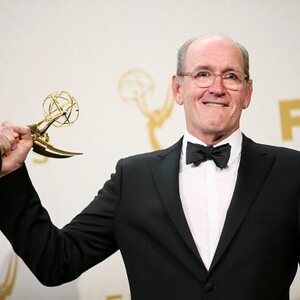