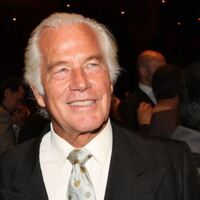 Richard Harrison net worth: Richard Harrison is an American actor, writer, director, and producer who has a net worth of $4 million. Richard Harrison was born in Salt Lake City, Utah in May 1936. During the 1960s and 1970s he worked in European B-movies and then exploitation films. Harrison has more than 120 acting credits to his name starting out in 1957. He starred in several films including Kronos, South Pacific, Master of the World, The Invincible Gladiator, Avenger of the Seven Seas, The Two Gladiators, Revolt of the Praetorians, Giants of Rome, Adventures of the Bengal Lancers, Jungle Adventurer, Secret Agent Fireball, Master Stroke, Between God, the Devil and a Winchester, 36 Hours to Hell, Pussycat, Pussycat, I Love You, Churchill's Leopards, Reverends' Colt, Don't Trust the Mafia, Challenge of the Tiger, and many more. Richard Harrison also contributed to the books Gods In Polyester, or, A Survivors' Account of 70's Cinema Obscura and Gods In Spandex, or, A Survivors' Account of the 80's Cinema Obscura.