Harris also released several albums as a singer and reached #1 in Canada and Australia with the song "MacArthur Park" by Jimmy Webb. He was nominated for Academy Awards for Best Actor in a Leading Role for This Sporting Life in 1964 and The Field in 1991. Harris was also nominated for Golden Globe Awards for Camelot and The Field. He was married to Elizabeth Ress-Williams from 1957 to 1969 and Ann Turkel from 1974 to 1982 and had three children: Damian Harris, Jared Harris, and Jamie Harris. He was also the uncle of Annabelle Wallis. Richard Harris passed away on October 25, 2002 at 72 years old from Hodgkin's lymphoma. 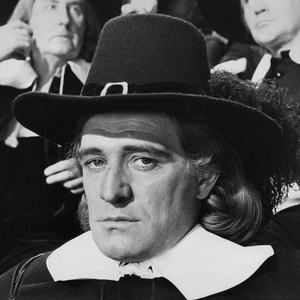