He started working on BBC Radio and acted and managed in small theaters. For his role in The History Boys on stage Griffiths earned a Tony Award, Laurence Olivier Award, Drama Desk Award, and Outer Critics Circle Award. His first television roles came in the series Crown Court and Village Hall in 1974. In 1982 he had recurring roles in the TV series Whoops Apocalypse and Bird of Prey. From 1988 to 1990 Griffiths starred as Trevor Beasley in the series A Kind of Living. He starred as Henry Crabbe in the series Pie in the Sky from 1994 to 1997. He also starred in the movies It Shouldn't Happen to a Vet, Breaking Glass, Superman II, Chariots of Fire, The French Lieutenant's Woman, Ragtime, Britannia Hospital, Gandhi, Gorky Park, Greystoke: The Legend of Tarzan, Lord of the Apes, A Private Function, Shanghai Surprise, Withnail and I, King ralph, The Naked Gun 2 ½: The Smell of Fear, Blame it on the Bellboy, Guarding Tess, Funny Bones, The Warrens, Sleepy Holly, Casper & Spooky, Vatel, Harry Potter and the Philosopher's Stone, Harry Potter and the Chamber of Secrets, Stage Beauty, Harry Potter and the Prisoner of Azkaban, The Hitchhiker's Guide to the Galaxy, Opa!, Venus, The History Boys, Harry Potter and the Order of the Phoenix, Bedtime Stories, Jackboots on Whitehall, Harry Potter and the Death Hallows – Part 1, Pirates of the Caribbean: On Stranger Tides, Hugo, Private Peaceful, and About Time. Griffiths was nominated for a BAFTA Award in 2007 for Best Actor in a Leading Role for The History Boys.

Richard Griffiths passed away on March 28, 2013 of complications from heart surgery at 65 years old. 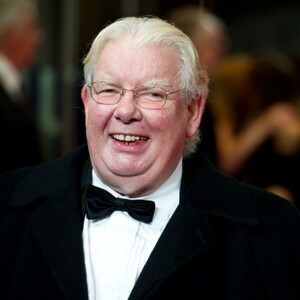