What is Richard Dreyfuss's Net Worth?

Richard Dreyfuss is an American actor who has a net worth of $5 million. Richard Dreyfuss starred in a number of popular films throughout the 1970s, 1980s, and 1990s. He has received several awards and nominations recognizing his work in films and series.

He is perhaps best-known for appearing in Steven Spielberg's 1975 movie "Jaws," which launched his career. He went on too appear in "Close Encounters of the Third Kind." Dreyfuss took home his first Oscar for Best Actor in 1978 for the 1977 flick "The Goodbye Girl". Soon after, he developed a cocaine addiction and was arrested in 1982 after a drug-fueled car accident. After rehab, he appeared in "Down And Out In Beverly Hills," "Stakeout," "Stand by Me," "The Body," and "Always." In 1994, he was invited to the Vatican to perform in front of Pope John Paul II. A year later, he received his second Oscar nomination, this time for his performance in "Mr. Holland's Opus."

In February 2017, Richard Dreyfuss made headlines after announcing that he was "broke". It was a startling admission for someone who had earned tens of millions of dollars during his career. When the reporter followed up to see if he was exaggerating, Richard replied:

"When I use the phrase "I'm broke", it means I'm broke. It means I don't have the money I had. I wanted to retire and take my wife on cruises. I can't afford that. I want to be able to go to Europe when I want. I can't… The Truth is hard to say or hear, but I've had an amazing amount of bad luck financially and I realized I didn't have the money I had."

Richard acknowledged that he was never good with money. Being twice divorced and an admitted former cocaine user clearly did not help his financial situation. He also proudly never took a film role for the money alone and retired from acting which may have been a mistake in hindsight.

Dreyfuss was born on October 29, 1947 in Brooklyn, New York. His father was Norman Dreyfus, who worked as an attorney, restaurateur, and plastics company owner. His mother, Geraldine, was a peace activist. Dreyfuss and his father became estranged after his father left the family when Dreyfuss was 21. The two were not on speaking terms at the time of his father's death.

Dreyfuss was raised in Queens, New York in a Jewish family. His father did not like living in New York and first moved the family to Europe before later moving to Los Angeles, California when Dreyfuss was nine. He later attended Beverly Hills High School. He also began acting at the Temple Emanual of Beverly Hills Art Center and the Westside Jewish Community Center. When he was 15, he appeared in the television production of "In Mama's House." He then attended San Fernando Valley State College for a year. During this time, he also worked in alternate service for two years because of his conscious objector status to the Vietnam War. 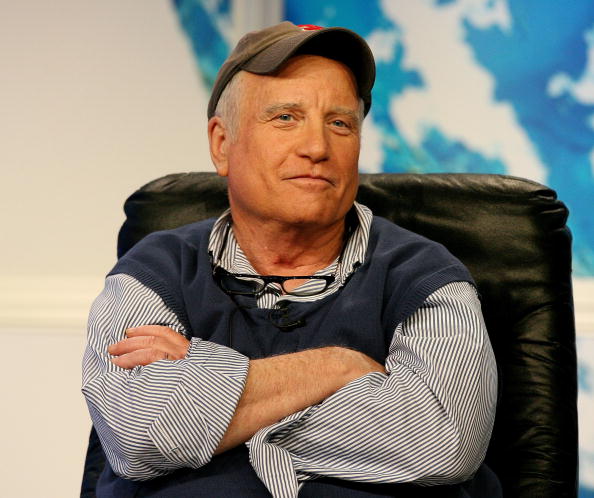 While working in alternate service in Los Angeles, Dreyfuss began taking small roles in a few television shows like "That Girl," "Gunsmoke," and "Bewitched." He had an uncredited appearance in "The Graduate" and a few lines in "Valley of the Dolls." He also did some theater performances and appeared in "The Time of Your Life" in Los Angeles in 1972 at the Huntington Hartford Theater.

In 1973, he landed the starring role in the CBS pilot, "Catch-22" and also appeared in "American Graffiti." In 1974, he had his first lead role in "The Apprenticeship of Duddy Kravitz." The helped him kickoff his film career as he landed a starring role in the 1975 blockbuster hit, "Jaws." In 1977, he starred in "Close Encounters of the Third Kind" as well as in "The Goodbye Girl." He received the 1978 Academy Award for Best Actor for his role in the latter film at the age of 30, the youngest actor to have thus far received that award.

At the height of his success, Dreyfuss took a break from Hollywood to manage his drug problem. However, he was able to make a comeback in the 1980s with films like, "Down and out in Beverly Hills" and "Stakeout" in 1986 and 1987, respectively. In 1988, he starred in "Moon Over Parador" followed by "Always" in 1989. He starred opposite Bill Murray in the 1991 film "What About Bob?" and produced and starred in the HBO movie "Prisoner of Honor."

In 1994, he had the honor of participating in the historic "Papal Concert to Commemorate the Shoah" held at the Vatican in the presence of Pope John Paul II. He performed a speaking part in Kaddish along with the Royal Philharmonic Orchestra.

In 1995, he starred in "Mr. Holland's Opus," a role which earned him an Oscar nomination and Golden Globe award. In 1996, he earned a star on the Holly Wood Walk ofFame. Since the mid-1990s, Dreyfuss has continued acting on screen and on-stage, though less frequently. He made his West End debut at The Old Vic in London in 2009. He also appeared in the film "Poseidon" in 2006 and portrayed Vice President Dick Cheney in the 2008 bio-pic, "W." He appeared in the 2014 documentary, "Lincoln's Greatest Speech." He also worked on "The Last Laugh," in 2019 with Chevy Chase and Andie MacDowell.

In addition to his acting work, Dreyfuss has also co-authored a science-fiction book with author Harry Turtledove. The book, "The Two Georges," details an alternative history in which the American Revolution was peacefully avoided. He also has devoted much of his time to reviving Civics education in American schools. In 2006, he created The Dreyfuss Civics Initiative and has since appeared at a number of public events to give speeches and foster dialogue around the topic of Civics education. He has also appeared on a number of televisions news programs, like "Real Time with Bill Maher" and "Huckabee" to discuss the issue.

In the early 1980s, Dreyfuss married Jeramie Rain, a writer and producer. They had three children together – Emily, Benjamin, and Harry. The couple divorced in 1995. He then married Janelle Lacey in 1999 but they also divorced in 2005. The following year, in 2006, he married Svetlana Erokhin. The couple live in San Diego though they are often in New York City and London.

Dreyfuss has clashed with a few of his co-stars and directors in the past. He had known personality classes with other actors like Robert Shaw and Bill Murray. He also did not get along with director Oliver Stone. Additionally, in 2017 he faced allegations of sexual assault from writer Jessica Teich. Dreyfuss regretted for overly flirtatious behavior in the past but denied the allegations.

Dreyfuss struggled with drug use it the late 1970s. His cocaine addiction culminated in 1982 when he drove into a tree after blacking out while driving. He subsequently entered rehabilitation and was able to recover and reclaim his career. He has also been upfront about his diagnosis of bipolar disorder in 2006. In terms of spiritual beliefs and worldviews, Dreyfuss is agnostic. 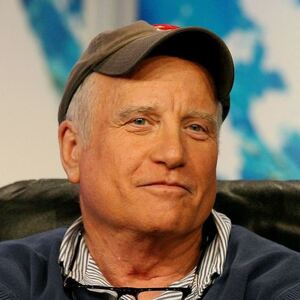