Richard Crenna Net Worth: Richard Crenna was an American motion picture, television and radio actor who had a net worth of $10 million. Born Richard Donald Crenna (November 30, 1926 – January 17, 2003) in Los Angeles, California, US, he established himself as a prolific character actor in a show biz career that spanned over more than six decades. Crenna made his career start on radio, after which he gained his first part that of "the kid who did everything wrong" on Boy Scout Jamboree. Apart from staying in this show until 1948, he went on to land roles in other TV series like The Great Gildersleeve. Crenna made his breakthrough playing the klutzy, nasally-voiced Walter Denton on the early television classic Our Miss Brooks (CBS, 1952-56). His work on the ongoing series was accompanied by other small appearances in several feature films. In the period form 1957 to 1963, Crenna's face could be spotted on another successful sitcom "The Real McCoys". Being well-established actor at the time, he left his comedic television persona far behind with the two strong performances as deeply flawed characters in the feature films The Sand Pebbles (1966) and Wait Until Dark (1967). In a decade that generally lacked of memorable movie work, Crenna landed his most recognizable role, that of Colonel Trautman in the Sylvester Stallone action vehicle First Blood (1982). The actor would reprise the role of Trautman two more times in the film's sequels, as well as he would lampoon the part in the Jim Abrahams-directed parody Hot Shots! Part Deux (1993). Since, Crenna had remained a familiar and welcome presence on both screens until his death in 2003 at the age of 76. 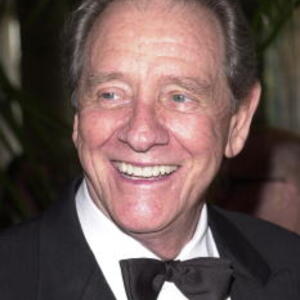