Richard Burton net worth: Richard Burton is a Welsh actor who has a net worth of $50 million dollars. Born in Pontrhydyfen, Wales, Richard Burton, also known as Richard Walter Jenkins, was primarily raised by his older sister after his mother passed away. His father was largely absent. He excelled at sports, and in music and public speaking, and was later made a ward of one of his teachers, Philip H.

Burton, who took an interest in mentoring the noticeably brilliant young man. He went on to attend Exeter College, Oxford, and then joined the Royal Air Force as a navigator. By the late 40s, he had established himself as Britain's most promising actor, and his performance in "Henry V" as Prince Hal at the Stratford proved to his launching ground. He went on to become one of Hollywood's most popular stars, and was one of the first actors to achieve super stardom. He passed away at the age of 58 from a cerebral hemorrhage. 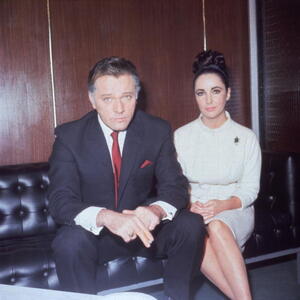