Richard Burgi Net Worth: Richard Burgi is an American actor who has a net worth of $3 million dollars. Born in 1958 in Montclair, New Jersey, Richard Burgi grew up in a family that had a strong love of show business. His brother is a famous drummer and his family enjoyed participating in local theater in the New Jersey suburbs.

Burgi's acting career began on soap operas, with appearances on "As The World Turns", "Another World", and "One Life to Live" in New York. After moving to Los Angeles, Burgi acted in "Days of Our Lives". His first major role came on TV series "One West Waikiki" in 1994. Soon after, he scored the leading part on "The Sentinel", which ran for three seasons before its cancellation. Burgi went on to appear on "24", "Judging Amy", "Matlock", "I Married a Monster", and "The District", before landing a prominent role on the ABC hit series "Desperate Housewives" as Karl Meyer. He appeared as Teri Hatcher's character's philandering ex-husband for six seasons before Meyer died in a car crash. While on the show, Burgi appeared on "Cellular", "Fun with Dick and Jane", "In Her Shoes", "Hostel: Part II", "Friday the 13th", "Nip/Tuck", and "Harper's Island". Following the end of his time on "Desperate Housewives", Burgi had a guest-starring spot on "Law & Order: Special Victims Unit", "Hot in Cleveland", "My Family USA", "Chuck", and "One Tree Hill". He married his first wife, Lori Kahn, in 1995 and had two children with her before their 2011 divorce. Burgi has been married to his second wife, Liliana Lopez, for several years. 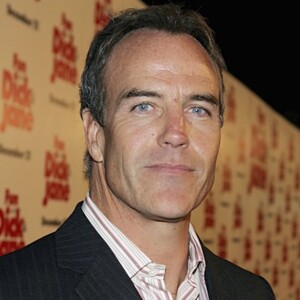