Richard Armitage Net Worth:Richard Armitage is an English actor who has a net worth of $2 million. Born in Huncote, Leicester, Leicestershire, England, in 1971, Richard Armitage studied at Pattison College and moved to Budapest to join the circus so he could earn his Equity Card. When he eventually returned to England, he became involved with theater, appearing in a handful of productions, including "Cats", "Annie Get Your Gun", and "42nd Street".

Soon after, he studied at the London Academy of Music and Dramatic Art and joined the Royal Shakespeare Company. In 2002, he landed his first big on-screen role in "Sparkhouse" as John Standring. Two years later, he appeared in "North & South" on the BBC before scoring parts in "Macbeth", "Inspector Lynley Mysteries", "The Impressionists", and "The Golden Hour". By 2006, he was starring as Guy of Gisborne on "Robin Hood", a role he held for three seasons. Armitage also landed top parts in "Spooks", "Strike Back", and "The Hobbit" trilogy. His other TV and film credits include "Captain America: The First Avenger", "Frozen", "This Year's Love", "Moving On", "Strike Back", and "Strike Back: Project Dawn". He has been part of dozens of advertisements, including those for Hyundai, ActionAidUK, Santander TV, and Sky Sports HD TV. Armitage also provided voice-overs for the BBC's coverage of the 2010 Winter Olympics for radio and TV. 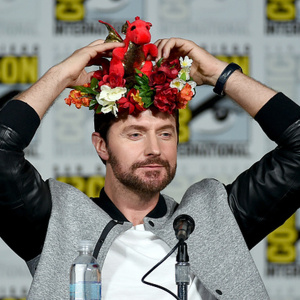