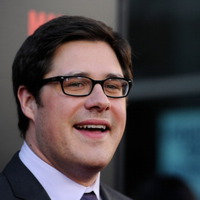 Rich Sommer Net Worth: Rich Sommer is an American actor who has a net worth of $4 million. Born in Toledo, Ohio, in 1978 as Richard Olen Sommer II, Rich Sommer grew up in the suburbs of Minnesota. He attended Concordia University. In college, Sommer sang in The Concordia Choir and pursued a degree in theater. He started his own improve group in the Minneapolis area after performing at the Brave New Workshop. After earning his master's degree in acting from Case Western Reserve University, Sommer began teaching law students in 2006. He made his on-screen debut in 2004's "Death 4 Told". Sommer has since appeared in "The Devil Wears Prada", "Pose Down", "Law & Order", "The Office", "Ugly Betty", "Burn Notice", "CSI: Crime Scene Investigation", "Nikita", "Curb Your Enthusiasm", "Celeste and Jesse Forever", "The Giant Mechanical Man", and "Tabletop". Sommer is slated to appear in 2015's "Hello, My Name is Doris". He is perhaps best known for his work on the hit series "Mad Men", a part which he scored in 2007. Sommer has also voiced characters in the video games "L.A. Noire" in 2011 and in the upcoming "Firewatch" in 2015. He has two children with his wife, Virginia, and lives in Los Angeles.