Rich Little net worth: Rich Little is a Canadian-American actor, impressionist, and voice over artist who has a net worth of $5 million dollars. Rich Little was born in Ottawa, Ontario, Canada, and began performing impressions when he was a teenager. He formed a comedy duo with Geoff Scott, and they were performing professionally by the time they were in high school.

He began appearing in theater productions in late 50s, and began working as a disc jockey in the early 60s. He was known for his impressions. In 1963, he auditioned for, and was subsequently cast on "The Judy Garland Show". His work on the show made him a household name. He went on to appear on multiple television shows and television specials including, "Love on a Rooftop", "That Girl", "The Tonight Show", "Santa Barbara", "The Julie Andrews Hour", "The ABC Comedy Hour", and "The Muppet Show". He also played Johnny Carson in the HBO biography, "The Late Shift". His voice over work includes multiple cartoons such as, "The Raccoons on Ice" and "Futurama". He also overdubbed David Niven and Gene Kelly, when both actors were too sick to voice their own productions. 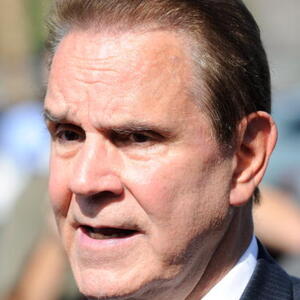