How much is Ricardo Montalbán Worth?

Ricardo Montalban Net Worth: Ricardo Montalban was a Mexican radio, television, theater and film actor who has a net worth of $10 million. Born Ricardo Gonzalo Pedro Montalbán y Merino (November 25, 1920– January 14, 2009) in Mexico City, Mexico, he made a name for the variety of roles that he played either as a lead or supporting actor. As diverse as they were memorable, Montalban used each turn to showcase his blessings, i.e., innate acting talents, rich/sonorous voice and handsome looks. He first started to work within the studio system in the 1940s, after which he entered the big screen as a Latin Lover in movies like "Fiesta" (1947). Soon, he also started to appear as a Native-American in such features as "Across the Wide Missouri" (1951) or an Asian, as in "Sayonara" (1957). Already adored by audiences, a Tony-nominated appearance on Broadway opposite Lena Horne in the 1957 production of "Jamaica" won him the respect of his colleagues. Even though, he still didn't got the leading roles he sought. In the 1960s, Montalban kept himself busy with dozens of guest turns on TV programs like "The Man from U.N.C.L.E." (NBC, 1964-68), "The Wild, Wild West" (CBS, 1965-69) and most notably, in an episode of "Star Trek" (NBC, 1966-69). Finally, the experienced thespian became a household name as the enigmatic Mr. Roarke, hosting "Fantasy Island" (ABC, 1977-1984). Montalban's fame reached its peak as he reprized the role of Captain Kirk's titular nemesis in "Star Trek II: The Wrath of Khan" (1982) and continued to work ceaselessly on various TV shows and films. Fully dedicated to the end, he even performed from a wheelchair in the action movie "Spy Kids 2: Island of Lost Dreams" (2002), after being paralyzed from the waist down. Ricardo Montalban will be forever remembered as an actor who had won the loyalty of his contemporaries, as well as generations of fans. 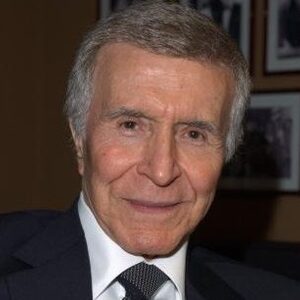