Rhys Wakefield Net Worth: Rhys Wakefield is an Australian actor who has a net worth of $3 million dollars. Born in 1988 in Cairns, Queensland, Australia, Rhys Wakefield studied at the McDonald College of Performing Arts and appeared in a handful of school plays and Shakespeare performances. He also studied at the Zenith Theatre before making his on-screen debut in a credited role in 2000's "Bootmen".

He went on to appear in "Don't Blame Me" before landing a part as Lucas Holden on Australian soap opera "Home and Away". Wakefield's portrayal of his character earned him a 2006 nomination for a Logie Award for Best New Talent. Several of his scenes were later found to be in violation of Australia's broadcasting code and forced the show to change its rating to PG. He stayed on the program until 2008. That year, he scored a role as Thomas Mollison in 2008's "The Black Balloon". To date, it's one of Wakefield's most recognizable roles. He was nominated for an AACTA Award for Best Actor in a Leading Role for the part. Wakefield's other TV and film credits include "Rita", "A Relative Stranger", "After the Dark", "The Purge", "Nobody Walks", "Endless Love", "Clearing the Air", and "A Man Walks Into a Bar". 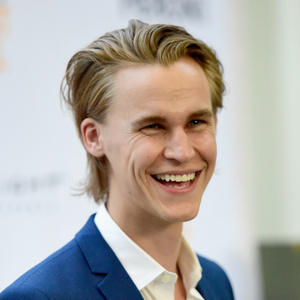