Rhys Coiro net worth: Rhys Coiro is an American film, TV and stage actor who has a net worth of $5 million. He's probably best known for his role as Billy Walsh on the HBO series "Entourage". Rhys Coiro was born on March 12, 1979 in Calabria, Italy. He lived in Washington D.C.

and parts of New York until he was nine years old, but grew up in Princeton, New Jersey and graduated with a BFA from the Carnegie Mellon University School of Drama. Some of his film credits include "Mama's Boy", "The Unborn", "Straw Dogs", "Snow & Ashes", "30 Days of Night: Dark Days", "Order of Chaos", "MacGruber", "A Good Old Fashioned Orgy" and "As Cool As I Am". In addition to his appearances throughout the duration of "Entourage", some of his television credits include "One on One" "CSI: NY", "CSI: Miami", "Six Feet Under", "Ugly Betty", "Numb3rs", "Criminal Minds", "Dark Blue", "Burn Notice", "24", "Hawaii Five-O", "Person of Interest", "Dexter" and "Hostages". Rhys Coiro has also done some stage acting: in 2008 he starred in Howard Korder's "Boys' Life" at New York City's Second Stage Theatre. Rhys Coiro is married to director Kat Coiro, and the two of them have a daughter together. 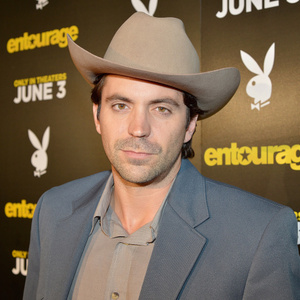