Rhea Seehorn net worth and salary: Rhea Seehorn is an American actress who has a net worth of $3 million. She is perhaps best known for starring as Kim Wexler on the television series Better Call Saul.

Rhea Seehorn was born in Norfolk, Virginia in May 1972. From 2003 to 2004 she starred as Cheri Baldzikowski on the television series I'm with Her. Seehorn had recurring roles on the TV series Head Cases as Nicole Walker in 2005, The Singles Table as Stephanie Vogler in 2007, The Starter Wife as Charlotte in 2008, and Trust Me as Brooke in 2009. From 2011 to 2013 she starred as Roxanne on the series Whitney. Seehorn starred as Ellen Swatello on the television series Franklin & Bash from 2011 to 2014. In 2019 she had a recurring role as Michelle York on the TV series Veep. Rhea Seehorn began starring as Kim Wexler on the television series Better Call Saul in 2015. She has won a Saturn Award and two Satellite Awards for Better Call Saul. 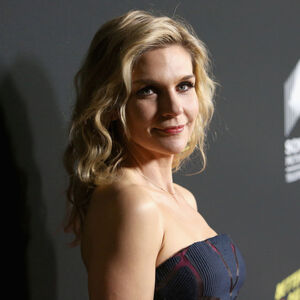