Rhea Perlman net worth: Rhea Perlman is an American actress who has a net worth of $60 million. Rhea Perlman became famous for her role as head waitress Carla Tortelli on the hit NBC sitcom "Cheers." The show, which ran for eleven seasons, garnered the actress a plethora of accolades, including ten Emmy and six Golden Globe Award nominations. Perlman has also starred in numerous films over the years, including "Sunset Park," "Matilda," "10 Items or Less," "The Sessions," and "I'll See You in My Dreams."

Early Life and Career Beginnings: Rhea Jo Perlman was born in 1948 in Coney Island, Brooklyn. Her parents were Adele, a bookkeeper, and Philip, a Polish immigrant and manager of a factory that made doll parts. She was raised in the Bensonhurst neighborhood with her sister Heide, and studied drama at Hunter College in Manhattan, earning her BA in 1968.

Perlman started her professional acting career with a bit part in the play "Dracula Sabbat" from 1970 to 1971. The following year, she had small roles in the film "Hot Dogs for Gauguin" and in the play "Up – An Uppity Revue," which was produced by the Westbeth Playwrights Feminist Collective. Among Perlman's first significant roles was on the sitcom "Taxi," playing the kindhearted girlfriend of Danny DeVito's character Louie De Palma.

"Cheers" and a Career on the Small Screen: After producers Glen and Les Charles saw Perlman perform on stage, they ended up casting her as the acerbic barmaid Carla Tortelli on their sitcom "Cheers," which had its premiere in 1982. Although the program initially struggled in the ratings during its first season, the show eventually became one of the most popular and acclaimed series in television history, racking up 20 Emmy Awards out of a whopping 95 nominations. Across eleven seasons of the show from 1982 to 1993, Perlman was nominated for Outstanding Supporting Actress in a Comedy every single year but one. She ultimately took home the trophy four times: in 1984, 1985, 1986, and 1989. Of all the "Cheers" actors, Perlman emerged as the one with both the most Emmy wins and nominations. Moreover, she was nominated six times for the Golden Globe for Best Supporting Actress in a Television Series, a record in that category.

Beyond "Cheers," Perlman has appeared in an array of TV episodes and made-for-television movies. She has been on such programs as "Saturday Night Live," "St. Elsewhere," "Amazing Stories," "The Simpsons," and "Mad About You." She has also shown up on "Ally McBeal," "Becker," "Frasier," "Hot in Cleveland," and "Brooklyn Nine-Nine," among many other popular series. From 1996 to 1997, she headlined the CBS sitcom "Pearl," and later appeared in 17 episodes of Fox's "The Mindy Project." Meanwhile, made-for-TV movies have included "The Ratings Game," directed by Danny DeVito; the Mary-Kate and Ashley Olsen Christmas comedy "To Grandmother's House We Go"; the drama "A Place to Be Loved"; and various others such as "Houdini," "Secret Cutting," and the Hallmark Movie Channel's "Oliver's Ghost." 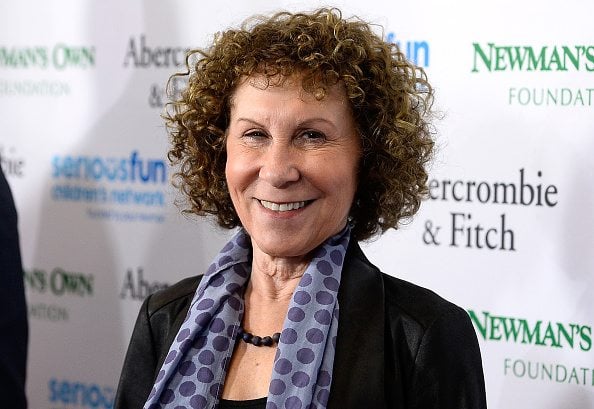 Film Roles: On the big screen, Perlman has been in a myriad of comedy and drama movies. In 1982, she played the part of the "Little Jewish Prostitute" in "National Lampoon's Movie Madness," and also appeared in the biopic "Love Child," based on the life of Terry Jean Moore. In the 90s, she was featured in such films as "Enid is Sleeping," "Ted & Venus," "Class Act," and "There Goes the Neighborhood." In 1995, she appeared in the Michael Moore satire "Canadian Bacon" alongside stars John Candy, Alan Alda, Kevin Pollak, and Rip Torn. This was followed by parts in the 1996 basketball drama "Sunset Park," the comedy "Carpool," and the children's fantasy "Matilda," directed by Danny DeVito. Adapted from the eponymous Roald Dahl novel, "Matilda" featured Perlman as Zinnia Wormwood, the Bingo-obsessed mother of the title character played by Mara Wilson.

Among Perlman's later film credits are "The Sessions," the Blythe Danner romantic drama "I'll See You in My Dreams," and "Lemon," directed by Janicza Bravo. In 2019, Perlman starred in the comedy "Poms," about a cadre of women from a retirement community who form a cheerleading squad. The film costarred Diane Keaton, Jacki Weaver, Pam Grier, and Phyllis Somerville.

Personal Life and Real Estate: In 1971, Perlman met Danny DeVito when she saw a play in which he was performing. Two weeks later, they moved in together, and married in 1982. They subsequently had three children: Lucy, Grace, and Jacob. In 2009, Perlman and Lucy starred together in the off-Broadway play "Love, Loss, and What I Wore" at the Westside Theatre in Hell's Kitchen.

After separating in 2012, Perlman and DeVito got back together in 2013. They separated again in 2017 on friendly terms, and although they no longer live together, Perlman has announced that she has no intention of getting a divorce.

Perlman and DeVito have owned a number of properties in Southern California, including a home near Rodeo Drive in Beverly Hills and a beach house in Malibu. They also owned a vacation home in Interlaken, New Jersey. In early 2020, DeVito purchased a four-bedroom, five-bathroom brownstone in Brooklyn's Clinton Hill neighborhood, with Perlman's name included on the transfer deed. Constructed in 2014, the four-story abode boasts a formal dining room, a chef's kitchen, and a windowed Carrara marble master bath. There are also two private roof decks, one of which features sweeping views of New York City's skyline.

For many years Danny and Rhea lived in a 14,579 square foot house in Beverly Hills, California. They purchased the property in 1994, and sold it in April 2015 for $24 million after listing it a few years earlier off-market for more than $30 million. 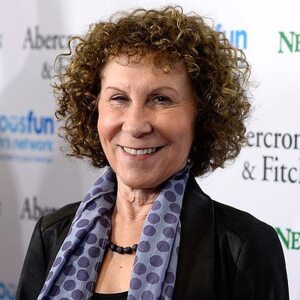