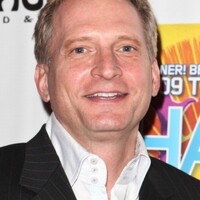 Rex Smith Net Worth: Rex Smith is an American actor and singer who has a net worth of $750 thousand. Rex Smith was born in Jacksonville, Florida in September 1955. He was the lead singer for the band Phaedra in the early 1970s. He then was in a band called Rex in 1976. Smith had a hit single called "You Take My Breath Away" in 1979 which hit #10 on the Billboard Hot 100 chart. He also scored a top 40 hit with "Everlasting Love" in 1981, a duet with Rachel Sweet. He has released a total of 11 studio albums. Smith made his Broadway debut in 1979 playing Danny Zuko in Grease. He starred as Frederic in The Pirates of Penzance and won the Theatre World Award in 1981. He has also starred in productions of The Scarlet Pimpernel, Annie Get Your Gun, Kiss Me, Kate, and The Sound of Music. His debut screen ole came in the 1979 TV movie Sooner or Later. He starred as Frederic in The Pirates of Penzance movie in 1983. In 1985 Smith starred as Jesse Mach in the TV series Street Hawk. He was nominated for a Soap Opera Digest Award in 1992 for Outstanding Male Newcomer: Daytime on As the World Turns. Rex has been married four times and has four children.