Reuben Langdon net worth: Reuben Langdon is an American actor, voice actor, producer, and stuntman who has a net worth of $2 million. Reuben Langdon was born in July 1975. He started his career acting in Japan and then moved to Hong Kong and worked alongside Jackie Chan and Sammo Hung.

Langdon moved to Hollywood, California where he did stunts for the TV series Power Rangers Lightspeed Rescue in 2000 and Power Rangers Time Force in 2001. Langdon has also done stunts for the TV series Dexter in 2007, The Office in 2008, and Kickin' It from 2011 to 2012. He has also done stunts for the movies Spider-Man 2, Pirates of the Caribbean: At World's End, Night at the Museum 2, Avatar, Scott Pilgrim vs. the World, and The Green Hornet. As an actor he has also starred in the movies The Medallion, The Last Eve, Goldfish, The Green Hornet, and I Am Number Four. Langdon has done voice work for many video games including the Street Fighter franchise and voiced the role of Ken in the movie Wreck-It Ralph. Langdon was nominated for a Screen Actors Guild Award in 2008 for Outstanding Performance by a Stunt Ensemble in a Motion Picture for Pirates of the Caribbean: At World's End. 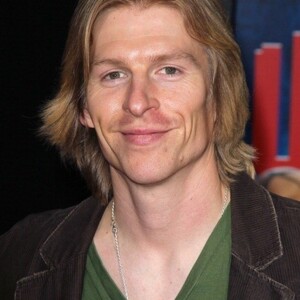