Reshma Shetty net worth and salary: Reshma Shetty is an British-American actress and singer who has a net worth of $6 million dollars. Reshma Shetty was born in Manchester, England, and grew up in Richmond, Virginia, and England. She was originally focused on becoming a doctor, but after winning multiple singing competitions while attending James Madison University, she shifted her focus and graduated with a degree in Opera Performance.

From there, she went on to earn a Masters from the University of Kentucky and an artist diploma from the Cincinnati Conservatory of Music. She began her professional performance career starring in the National Tour of "Bombay Dreams". She then went on to appear in such film and television projects as "Steam", "Hated", "Delivering the Goods", "Allegiance", and "CSI: Miami". She is the face of Dove Moisturizer in India, and sometimes appears as a guest panelist on "Red Eye w/Greg Gutfeld" on Fox. She is most widely recognized for her recurring role on "Royal Pains". 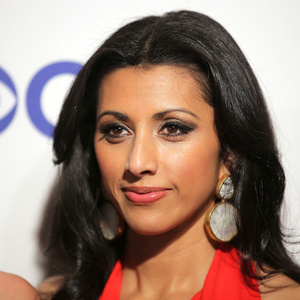