Reno Wilson Net Worth: Reno Wilson is an American actor, comedian, and voice artist who has a net worth of $1 million. Reno Wilson was born in Brooklyn, New York in January 1970. Wilson first starred as Howard in the TV series The Cosby Show from 1988 to 1989. He starred as Owen Davies in the series The Hoop Life from 1999 to 2000.

Wilson starred as Wes Freewald in the television series The Chronicle from 2001 to 2002. He starred as Detective Tom Selway in the series Blind Justice in 2005. Since 2010 Reno has starred as Officer Carl McMillan in the TV series Mike & Molly. Wilson has starred in the movies Fallen, Whiteboyz, She Creature, R.S.V.P., Crank, and Crank: High Voltage. He has voiced the roles of Frenzy in the movie Transformers, Mudflap in Transformers: Revenge of the fallen, and Brains in Transformers: Dark of the Moon and Transformers: Age of Extinction. Wilson also produced the films The Courier and The Return in 2014. 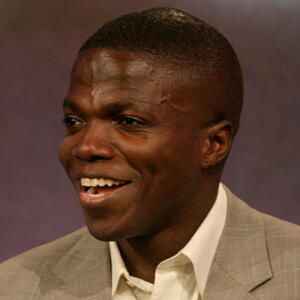