What is Renee Zellweger's net worth?

Renee Zellweger is an award-winning American actress and producer who has a net worth of $90 million. She is perhaps best-known as a film actress from movies like "Bridget Jones's Diary", "Jerry Maguire", "Cold Mountain" and "Judy", she won Academy Awards for her work in those latter two films.

Renee Zellweger was born on April 25, 1969 and raised in Katy, Texas. Her father, Emil Erich, is from the Swiss town of Au, St. Gallen and was a mechanical engineer, and her mother, Kjellfrid, was a nurse and midwife who moved from Norway to the U.S. to work as a governess for a Norwegian family in Texas.

Zellweger was a very active athlete during her time at Katy High School, participating in cheerleading, soccer, football, and other sports and activities. She was also active in drama and speech. She went to UT Austin after high school, working as a cocktail waitress after her father lost his job and was unable to support her, and graduated with an English degree in 1991.

With a sparked interest in acting, she began getting small roles, her first being a Coors Light commercial.

Zellweger auditioned for films around Austin and Houston, landing several small roles in indie and low-budget films. In 1994, she appeared in Ben Stiller's "Reality Bites" in a non-speaking role. Her first big role was the 1994 horror film "Texas Chainsaw Massacre: The Next Generation". She played a teenager alongside Matthew McConaughey. Her next film was crime comedy "Love and a .45", which garnered some local Austin critic praise, and earned her an Independent Spirit Award for Best Debut Performance. Renee relocated to Los Angeles shortly after her win, and promptly was cast in 1995's now-cult-classic "Empire Records."

Zellweger's big break came when she scored the role opposite Tom Cruise in 1996's "Jerry Maguire." The film was unanimously loved by critics and audiences alike, and grossed over $273 million worldwide. Cruise himself chose her to play his love interest, crediting her with "revealing the core humanity of the movie". Their chemistry was excellent, and Zellweger shone bright with her sensitive and charming portrayal of a single, widowed mother. She was nominated for her first Screen Actors Guild Award for Outstanding Female Actor in a Supporting Role. The next few years were a bit of a letdown in Zellweger's career following her massive success and recognition for her work in "Jerry Maguire." She starred in one budget-flop after the next, until she landed a role in the Farrelly brothers comedy starring alongside Jim Carrey in "Me, Myself & Irene" in 2000. The film made $149 million worldwide, finally breaking the low-grossing streak. Renee won her first Golden Globe Award for Best Actress for her performance in "Nurse Betty", a black comedy directed by Neil LaBute. 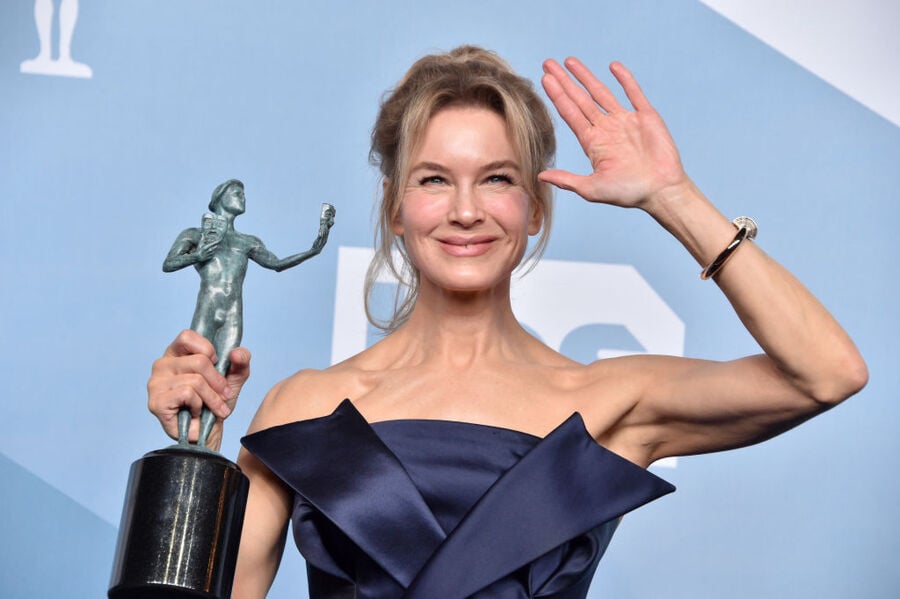 The prestigious lead role of Bridget Jones went to Zellweger in 2001, where she starred opposite Hugh Grant and Colin Firth in "Bridget Jones's Diary", based on the 1996 novel of the same name. Her casting came with controversy because she was a) not British, and b) a nonsmoker who was not overweight, all important characteristics of the titular character. Zellweger quickly began the process of gaining 20 lbs and learning how to do an English accent, while getting used to smoking herbal cigarettes. Her performance was critically acclaimed and earned her a second Golden Globe nomination, and both her first Oscar and BAFTA nomination for Best Leading Actress. The movie was a box office hit, earning $281 million worldwide.

Renee went on to star in the 2002 musical "Chicago", which was internationally acclaimed and won Best Picture at the Oscars that year. She earned her second Academy Award and BAFTA nominations and won her second Golden Globe award for her work. Next up, she appeared in "Cold Mountain" opposite Nicole Kidman and Jude Law. The film was another critical success, and Zellweger took home the Oscar, Golden Globe, Screen Actors Guild, and British Academy Film Awards for Best Supporting Actress.

After hitting a bit of a slow career decline throughout the mid-2000s, Renee decided to take a career hiatus following a straight-to-DVD release of 2010's "My Own Love Song". After six years off from acting, she made her career comeback in the third installment of the Bridget Jones series, "Bridget Jones's Baby" in 2016. It got positive reviews and grossed $211 million worldwide. In 2019, Zellweger made an even bigger comeback playing Judy Garland in the massively critically-acclaimed biopic "Judy". She performed her own vocals, including songs filmed in one take in front of a live audience. Critics have called her performance a career-best. She won numerous awards for her work, including the Golden Globe, BAFTA, and Oscar for Best Actress.

Over the years, Zellweger has appeared on many covers of popular magazines, including Vogue and Harper's Bazaar. She is often praised for her style at awards shows and on red carpet events, and has earned herself the reputation of a style icon over her years in the spotlight. She was ranked number 20 amongst Forbes' magazines "20 Richest Women in Entertainment" in 2007.

Today for a big budget studio film she might earn $10 – $15 million. Thanks to her multiple blockbuster successes and major award wins, she is able to take independent film roles for nominal paydays while still maintaining her position as one of the highest-paid actresses in the world.

Zellweger was engaged to Jim Carry from 1999-2000. She married singer Kenny Chesney in May 2005, but the marriage was annulled four months later. Renee dated Bradley Cooper from 2009-2011. From 2012 to 2019 she was in a relationship with fellow Texas-born musician Doyle Bramhall II.

Zellweger is active with the GREAT Initiative, which is a gender equality foundation, and visited Liberia with the organization in 2011. She collaborated with Tommy Hilfiger in 2011 to design a handbag to raise money for the Breast Health Institute.

In 2004, Renee paid $1.32 million for a 40-acre farm in Connecticut. She has attempted to sell this property on a number of occasions but is still the owner as of this writing.

She previously owned a complex of apartment units in New York City which she offloaded in 2011 for $7.4 million.

In 2003 she sold a house in LA's Bel Air neighborhood to actress Debra Messing for $7 million.

In April 2015 Renee paid $3.35 million for a home in Topanga, California. She listed this home for sale in October 2021 for a little less than $6 million. She ultimately accepted $6.4 million for the property.

In 2020, Renee paid around $3 million for a lakefront property on Lake Travis in Austin, Texas. 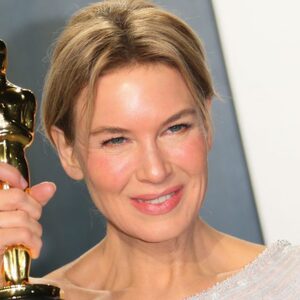