Renee Taylor Net Worth: Renee Taylor is an American actress who has a net worth of $3 million. She is best known for playing the role of Sylvia Fine in the TV series The Nanny.

Renee Taylor was born in The Bronx, New York in March 1933. She worked as a comedian at the club Bon Soir in New York City and had Barbra Streisand open for her. Her debut acting role acme in the film The Mugger in 1958. From 1992 to 1994 she starred as Doris Tupper on the TV series Dream On and in 1993 as Helen Mitchell in Daddy Dearest. Her best known role came starring as Sylvia Fine in the television series The Nanny from 1993 to 1999. Taylor has also had recurring roles in the TV series St. Elsewhere, How I Met Your Mother, and Shake It Up!. She has provided voice work for Dr. Dolittle 2, Ice Age: The Meltdown, Allen Gregory, and Bob's Burgers. She has also starred in the films The Errand Boy, A Fine Madness, The Producers, The Detective, A New Leaf, Jennifer on My Mind, Made for Each Other, Last of the Red Hot Lovers, Lovesick, It Had to Be You, The End of Innocence, White Palace, Delirious, All I Want for Christmas, Forever, Love Is All There Is, Dying on the Edge, Returning Mickey Stern, National Lampoon's Gold Diggers, Alfie, Boynton Beach Club, Kalamazoo?, A-List, The Rainbow Tribe, Life During Wartime, Opposite Day, Boston Girls, Driving Me Crazy, Should've Been Romeo, Temptation: Confessions of a Marriage Counselor, and Zarra's Law. Taylor won a Primetime Emmy Award in 1973 and was nominated for two others. She was also nominated for an Academy Award in 1971. 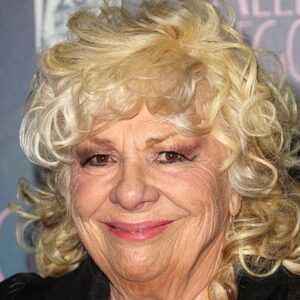