Renee Graziano net worth: Renee Graziano is an American reality television star who has a net worth of $2 million dollars. Born into a mobster family, Renee Graziano is the daughter of famed crime boss, Anthony Graziano, who was a high ranking member in the Bonanno crime family.  Ms. Graziano grew up in the mob, and was accustomed to the opulent lifestyle that came with it.

She has appeared in all seasons of the show, "Mob Wives" on VH1, and was formerly married to Hector "Junior" Pagan, Jr., another mobster, who has been charged with multiple Mafia-related crimes. It was recently revealed that he is also an FBI-informant. Anthony Graziano, her father, was released from prison after serving an eleven-year sentence for racketeering, tax evasion, and conspiracy to commit murder but was sent to prison again because of information volunteered by her former husband, Junior. Ms. Graziano's son is actively working to steer clear of the mobster life, and is planning to attend college to study engineering. She and her sister, Jennifer Graziano, no longer speak to their father, who is unhappy about their participation in the "Mob Wives" series. 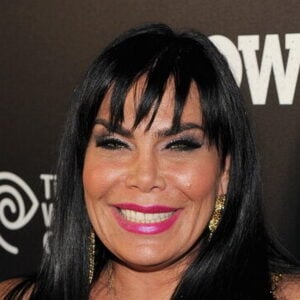