Renee Felice Smith Net Worth: Renee Felice Smith is an American actress who has a net worth of $4 million. Renee Felice Smith was born in January 1985. She is best known for playing the role of Neil Jones in the TV series NCIS: Los Angeles. She studied at Tisch School of the Arts, Stonestreet Studios Conservatory, and the Lee Strasberg Institute.

At six years old she starred in a television commercial for Dannon. She then acted in theater and debuted in Second Stage's Wildflower. Her debut TV role came in the series Viralcom in 2008. Renee starred in the TV movie The Wyoming Story as Dinah Thorpe in 2010. In 2011 she made her feature film debut in the movie Detachment starring as Missy. Smith's best known role is starring as Neil Jones on NCIS: Los Angeles since 2010. She also starred in the movies That Thing with the Cat as Emma in 2013 and Code Academy as Frankie in 2014. She is scheduled to star in the upcoming film Sitter Cam in 2015. Renee also wrote, directed, and executive produced the 2012 short Yougn(ish). She won the Neil Shipman Best Directors Award at the Long Island Film Festival in 2013 for Young(ish). 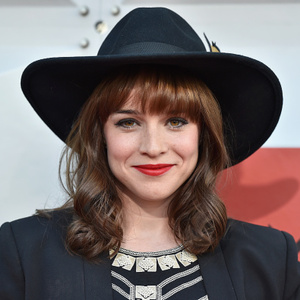