What is Rene Russo's Net Worth?

Rene Russo is an American actress and former model who has a net worth of $40 million. Rene Russo started off as a model, and throughout the 70s she was a recognizable figure that appeared on the covers of a number of high-profile magazines. By the late 80s, she had started to successfully veer towards acting – starting with an appearance in the comedy "Major League." A string of roles soon followed, and throughout the 90s Rene was one of the most prominent working actresses in Hollywood. She tended to appear in thrillers and action movies more than any other genre during this period.

In the mid-2000s, she took a central role in the comedy "Yours, Mine and Ours" before taking a five-year break from acting. She returned in the 2010s to join the Marvel Cinematic Universe as Frigga, the mother of Thor. In total, she has appeared in three Marvel films over the years. She then followed up with the critically-acclaimed film "Nightcrawler," which earned her a number of honors and accolades. Rene Russo continues to book roles in films like "The Intern," "Just Getting Started," and "Velvet Buzzsaw."

Rene Marie Russo was born on February 17th of 1954 in Burbank, California. Raised in a working-class family with mainly Italian roots, Rene's father left the family when she was two years old. During her high school years, Rene struggled immensely with scoliosis, a spinal condition. She was forced to wear a full-torso brace, and her tall height earned her the nickname "jolly green giant" during her school years.

By the tenth grade, Russo had been bullied so severely that she decided to drop out. Her family often struggled to get by financially, and she worked a number of part-time jobs along with her sister to help out. Eventually, Russo was spotted by a modeling scout (allegedly at a Rolling Stones concert) and whisked away to New York City, where she began her career as a model.

After being signed by Ford Modeling Agency, Russo quickly rose to the top of the modeling world throughout the 70s and 80s. During this period, she appeared in magazines like "Vogue," "Mademoiselle," and "Cosmopolitan." She also booked parts in a number of advertisements and commercials. Seeing that her modeling career was waning by the time she had entered her 30s, Rene veered more and more towards acting. Soon enough, she was appearing in just a few commercials as a model, while devoting much of her time towards studying theatre and acting.

Although she started by booking theatre roles in small productions throughout LA, Rene eventually made her TV debut in 1987 in the series "Sable." She then booked her first film role in "Major League," which became a critical and commercial success. In the 90s, Russo followed up with movies like "Mr. Destiny" and "One Good Cop," the latter representing her first lead role. By 1992, she had achieved her mainstream breakthrough after playing a detective in "Lethal Weapon 3."

During the rest of the 90s, Russo earned praise for her roles in movies like "In the Line of Fire," "Outbreak," and "Get Shorty." All three were critically and commercially successful. By the end of the 90s, she was appearing in films like "Ransom," "Buddy," "Lethal Weapon 4," and "The Thomas Crown Affair." Again, these films proved to be mostly successful. 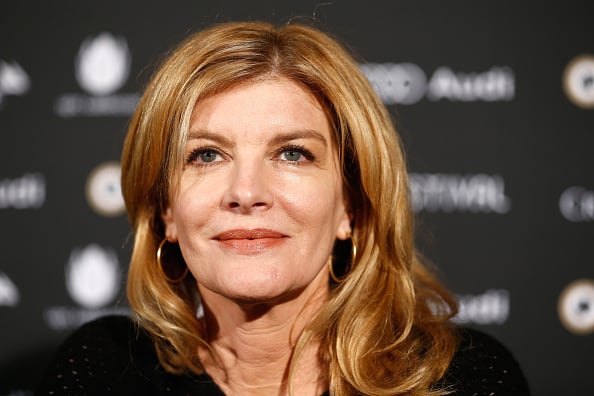 In the 2000s, Russo's strong streak faltered after booking a voice acting role in the animated film "The Adventures of Rocky and Bullwinkle," a movie which crashed at the box office and received mixed reviews. Things didn't get much better after she appeared in "Showtime" and "Big Trouble." However, Rene bounced back with "Two for the Money" and "Yours, Mine and Ours" before taking a five-year break from acting.

Russo jumped right back into the action with three Marvel Cinematic Universe films, starting with "Thor" in 2011. She then followed up with "Thor: The Dark World." Together, these movies raked in more than $1 billion in box office revenue. Rene also felt that they reinvigorated her career. In 2014, Russo booked a central role alongside Jake Gyllenhaal in the film "Nightcrawler." In the next few years, she followed up with roles in movies like "Frank and Cindy," "The Intern," and "Just Getting Started." She ended the 2010s with a role in "Velvet Buzzsaw" and brief appearance in "Avengers: Endgame" (the highest-grossing film of all time, as of 2020).

In 1992, Rene married Dan Gilroy, a well-known screenwriter who wrote and directed "Nightcrawler." The pair met on the set of a lesser-known film and subsequently had one child together in 1993.

Rene Russo has admitted that she suffers from bipolar disorder, and that she has been dealing with it since she was a young child. Eventually, Russo started taking medication for this ailment.

In 2019, it was reported that Rene and Dan were renting out their Brentwood home for $19,500 per month. Built in the early 90s, this residence sits on over an acre of land on a wooded hillside. Complete with four bedrooms and 3,700 square feet of living space, the home also offers exceptional views of the surrounding canyons and mountains. The couple have owned the residence since 1999, when they purchased it for $2.4 million.

In addition, they own another property in the Toluca Lake community, which Russo personally purchased in the late 70s. This cottage features two bedrooms. It was widely assumed that after putting one Brentwood property up for rent, the couple simply moved to their other home in the same neighborhood. Rene and Dan have owned a separate home in Brentwood since the mid 90s, and they purchased it for $3.75 million. Judging by the price tag, we can safely assume that the Hollywood pair took the nicer home for themselves while renting out their less luxurious residence for a little extra passive income.