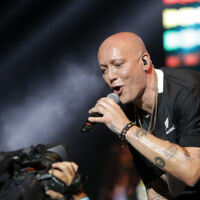 Rene Dif net worth: Rene Dif is a Danish singer and actor who has a net worth of $5 million. Rene Dif was born in Copenhagen, Denmark in October 1967. He is best known for being the male vocalist in the pop group Aqua. Aqua formed in 1995 and released their debut studio album Aquarium in 1997. The album reached #1 in Denmark, Australia, Canada, New Zealand, Norway, and Sweden. Their 2000 album Aquarius reached #1 in Denmark and Norway. The group released their third album Megalomania in 2011. The group is best known for their hit single "Barbie Girl" which reached #1 in 10 countries. Aqua also had hit singles with the songs "Roses Are Red", "My Oh My", "Doctor Jones", "Turn Back Time", "Cartoon Heroes", and "Around the World". Dif was featured on the 1995 album Groove your soul by Factual Beat. As an actor he starred in the films The Good Cop, The Collector, and Pistoleros.