Rene Auberjonois was born in New York City, New York in June 1940. He started his acting career in theater and starred on Broadway where he won a Tony Award. Auberjonois has more than 200 acting credits to his name started in 1964 in the movie Lilith. From 1980 to 1986 he starred as Clayton Rummymede Endicott III in the television series Benson. He appeared in 135 episodes of the series.

From 1999 to 2007 Auberjonois starred as Xyber 9 in the series Xyber 9: New Dawn. From 2004 to 2008 he starred as Paul Lewiston in the television series Boston Legal, appearing in 71 episodes. Auberjonois has also starred in the movies Police Academy 5: Assignment Miami beach, The Patriot, Batman Forever, McCabe & Mrs. Miller, King Kong, Where The Buffalo Roam, and Inspector Gadget. He is also a renowned voice actor and book narrator. Auberjonois won a Grammy Award in 1991 for Best Recording for Children for The Little Mermaid. He has been nominated for Primetime Emmy Awards for The Practice and Benson. 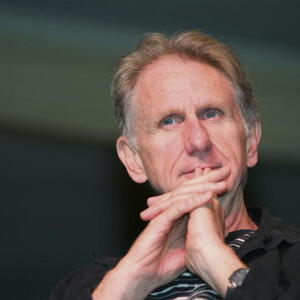