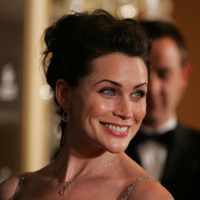 Rena Sofer Net Worth: Rena Sofer is an American actress who has a net worth of $3 million dollars. Rena Sherel Sofer was born in Arcadia, California in December 1968. She attended Montclair State College. Her first major role came on the TV series Loving from 1988 to 1991. She next played Lois Cerullo on General Hospital as a recurring role in 1996. In 1995 she won a Daytime Emmy Award for Outstanding Supporting Actress in a Drama Series and a Soap Opera Digest Award for Outstanding Younger Lead Actress. She has appeared on the TV shows Seinfeld, Melrose Place, Ed, Friends, The Chronicle, Spin City, Ghost Whisperer, 24, NCIS, Blind Justice, Heroes, Dirty Sexy Money, Bones, and Two and a Half Men. Sofer has appeared in the movies Keeping the Faith, A Stranger Among Us, The Secret of Hidden Lake, Carrie (2002), and the TV movies Always and Forever and Saved by the Bell: Hawaiian Style. Rena married director and producer Sanford Bookstaver in 2003 and the couple have a son. Their wedding was featured in InStyle Magazine in 2004. She was formerly married to General Hospital co-star Wally Kurth and had a daughter.