Reid Ewing Net Worth and Salary: Reid Ewing is an American actor who has a net worth of $3 million. Reid Ewing was born in November 1988. He is best known for his role as Dylan on the TV series Modern Family. He started out in theater productions in South Florida.

Ewing studied at the Dreyfoos School for the Arts and the School for Film and Television. He relocated to Los Angeles, California to pursue his acting career. His first role came in the TV movie Sunday! Sunday! Sunday! In 2008. In 2011 Ewing had a recurring role as Derek on the TV series Good Luck Charlie. From 2009 to 2011 he had a recurring role as Charlie Punk in the series Zeke and Luther. Reid starred in his first film in the 2011 movie The Truth Below. From 2009 to 2013 he starred as Dylan in the ABC sitcom Modern Family. Ewing has also starred in the movies Fright Night, The Silent Thief, Crush, 10 Rules for Sleeping Around, South Dakota, Wingman Inc., and Mall. He also starred in the 2013 TV mini-series short The Power Inside as Devin. Reid wrote the song "In the Moonlight (Do We)" that his character performed on Modern Family. He appeared in a Wendy's "Where's the beef" commercial in 2011. 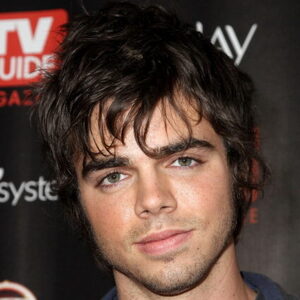