Reichen Lehmkuhl net worth: Reichen Lehmkuhl, also now legally known as Reichen Kuhl, is an American television personality, actor, and model who has a net worth of $20 million. He earned headlines when he dated former N'SYNC member Lance Bass from 2006 to 2007. He is also a winner of Amazing Race Season 4 and a gay rights advocate with Servicemembers Legal Defense Network.

Richard Allen Lehmkuhl was born in Cincinnati, Ohio in December 1973. He is a 1996 graduate of the U.S. Air Force Academy. He graduated as a pilot and aerospace engineer. He served in the Air Force for 12 years. He is also a graduate of Loyola Law School. For a time worked for the law firm of Girardi and Keese litigating aviation accident cases. Girardi and Keese is owned by Tom Girardi, the husband of Erica Jayne, a star of the Real Housewives of Beverly Hills.

He moved to Los Angeles and worked as a model, flight instructor, and physics teacher. He was initially approached by an Amazing Race casting director in 2003. He and his former partner Chip Arndt were cast on The Amazing Race 4 which aired in 2003. At the time the couple was married and were the first gay couple to win The Amazing Race.

After The Amazing Race Lehmkuhl appeared in episodes of Frasier, The Young and the Restless, The Drew Carey Show, Days of Our Lives, and Dante's Cove. He hosted The Reichen Show on Q Television Network. His autobiography Here's What We'll Say was published in 2006.

From 2006 to 2007 he dated NSYNC member Lance Bass. He was Lance's partner as the singer came out openly to the public for the first time.

LeaseLock: In 2013 Reichen founded LeaseLock, Inc. a company that helps people eliminate the use of security deposits in multifamily residential leasing, replacing security deposits with insurance–at low monthly payments for renters (around $19/month). Reichen left Girardi and Keese to pursue LeaseLock full-time in 2017. LeaseLock has since become quite successful, invested-in heavily by large firms such as Liberty Mutual Insurance Company, American Family Insurance Company, Veteran Capital (formerly Hivers and Strivers), and Wildcat Ventures. LeaseLock closed a Series A financing in March of 2018 at a total of $10M. LeaseLock's most recent investment round valued the company at $95M. Reichen's current ownership of LeaseLock hovers around 20%. Adding all of LeaseLock ownership (~$19M) with the homes Reichen owns in Los Angeles, Palm Springs, and Maine (~$4.5M), and other assets and cash wealth, his net worth easily tops $20 million. 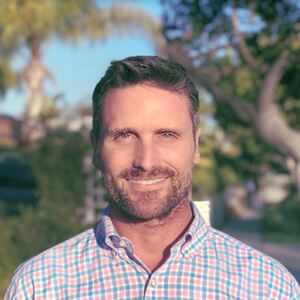