How much is Regina Hall Worth?

Regina Hall net worth and salary: Regina Hall is an American actress who has a net worth of $4 million. Regina Hall earned her net worth through a successful career spanning 20 years, appearing in notable productions including Scary Movie and Ally McBeal. At the age of 26, Hall appeared in her first TV commercial and soon after her acting career took off with a recurring role in the long-running soap opera, Loving. Hall also guest-starred in the police drama, New York Undercover. Her performance in her first film role, The Best Man (1999) raised eyebrows from critics and soon after she gained prominence, making an appearance in comedy/horror Scary Movie and sequels Scary Movie 2, 3 and 4. The Washington D.C. actress went on to casted in the action film, Paid in Full (2002) and took the lead roles in Malibu's Most Wanted (2003), Kings Ransom (2005) and The Honeymooners (2005). Hall also gained prominence on the small screen, landing a lead role of Coretta Lipp in Ally McBeal. In total she appeared in 25 episodes of Ally McBeal. She also portrayed Deputy District Attorney Evelyn Price on Law & Order: LA. In addition to her acting career, Hall became a regular writer for ABILITY magazine in 2010. Since 2019, Regina Hall has appeared in a Main role in the series Black Monday. She received dozens of nominations for her role in the 2018 film, Support the Girls. 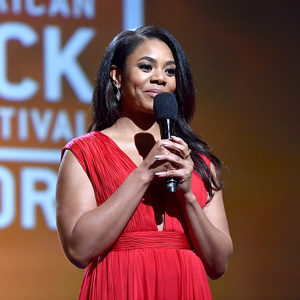