Reggie Yates net worth: Reggie Yates is a British actor, television presenter, and radio DJ who has a net worth of $3 million. Reggie Yates was born in Archway, London, England, United Kingdom in May 1983. He is well known for his roles in BBC radio and television series. In 2002 Yates starred as Carl Fenton in the television series Grange Hill. From 2003 to 2005 he starred as Calvin in the TV series UGetMe. Yates starred as Leo Jones in the series Doctor Who in 2007 and as Theo Mackenzie in the TV series Trinity in 2009. From 2011 to 2012 he starred in the television series Rastamouse. He has worked as a presenter on the TV series Smile from 2002 to 2004, Only in America in 2005, Keep Your Hair On in 2006, Escape from Scorpion Island in 2007, Reading and Leeds Festival in 2009, Move Like Michael Jackson in 2009, Radio 1's Big Weekend in 2010, T in the Park 2010 in 2010, John Bishop's Britain in 2011, and The Voice UK from 2012 to 2013. Yates has also hosted the ITV2 reality series Released the Hounds and has presented shows on BBC Radio 1 with Fearne Colton. Yates won a London Independent Film Festival Award in 2014 for Best Short Film UK Feature for Date Night. 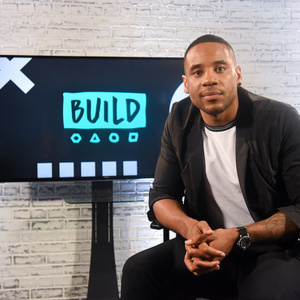