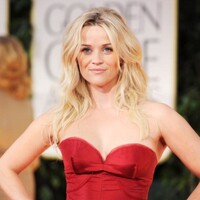 What is Reese Witherspoon's net worth?

Reese Witherspoon is an American actress, producer, and entrepreneur. Reese Witherspoon's net worth is $300 million. She has won an Academy Award and an Emmy Award. Reese is also one of the most-popular and highly-paid entertainers in the world. She easily earns $20 – $40 million per year.

Reese Witherspoon is one of those actresses that is able to keep herself, and family, together, focused, and appropriate. Even when she was going through a divorce, and the fall-out that occurs from any separation of lives and assets, she seemed able to keep her personal problems largely separate from her public persona. In addition to acting in a steady stream of commercially and critically successful films, and multiple awards – including an Oscar, Reese is one of the most-successful producers and entrepreneurs in Hollywood.

On August 1, 2021 it was announced that a private equity firm backed by the Blackstone Group had acquired Hello Sunshine. The company reportedly sold at a $900 million valuation. According to reports, Blackstone paid $500 million in cash to buy out Laurene Powell Jobs and Otter Media and the remaining equity stakes owned by Reese and other insiders have been rolled into the newly formed entertainment company. 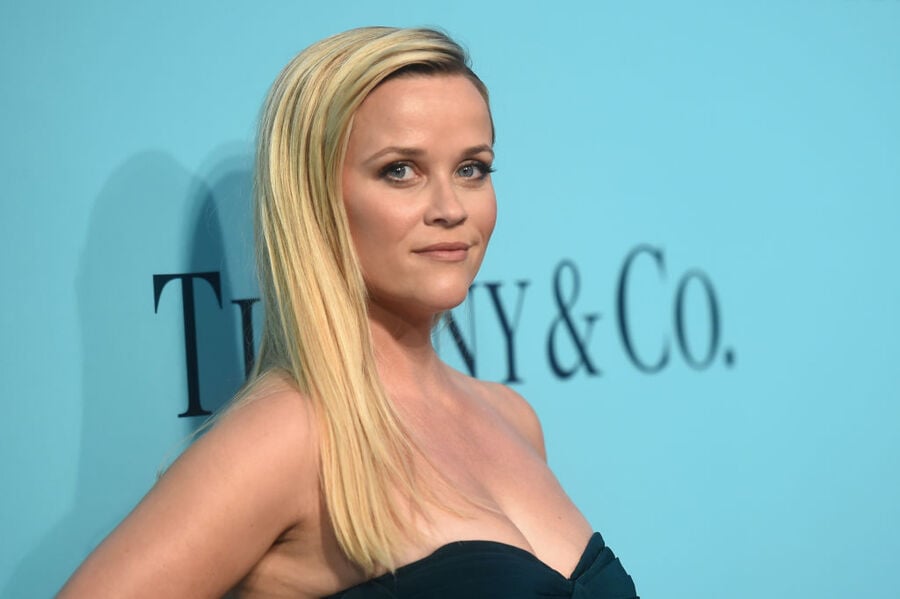 Laura Jeanne Reese Witherspoon was born on March 22, 1976, in New Orleans, Louisiana. When she was born, her father John Draper Witherspoon was in medical school at Tulane University. He was an otolaryngologist in private practice. Her mother, Betty (Reese) Witherspoon obtained her Ph.D. in education and was a professor of nursing at Vanderbilt University. When she was seven, Witherspoon was cast in some TV commercials or a local florist, which motivated her to take acting lessons.  When she was 11, she took first place in the Ten-State Talent Fair. Witherspoon was an exceptional student and loved reading. She graduated from the all-girls' Harpeth Hall School in Nashville, where she was a cheerleader. She enrolled at Stanford University as an English literature major. She dropped out to pursue a career in acting.

Reese Witherspoon began her career in 1990 in a film called "The Man in the Moon." The role earned her a nomination Best Young Actress at the Young Artist Awards. Later that year she starred in the cable TV movie "Wildflower." In 1992, she appeared in another TV movie "Desperate Choices: To Save My Child," and in the next year on a CBS mini-series titled "Return to Lonesome Dove." In 1996, she starred in two major movies, "Fear" alongside Mark Wahlberg, and "Freeway" with Brooke Shields.

In 1998, Witherspoon had starring roles in three films "Overnight Delivery," "Pleasantville," and "Twilight." In "Pleasantville," a film Celebrity Net Worth's Amy Lamare also worked on, Reese starred opposite Tobey Maguire in a story about teenage siblings from the 1990s who are magically transported into the setting of a television series set in the 1950s. She won the Young Hollywood Award for Best Female Breakthrough Performance for her role in "Pleasantville."

In 1999, Witherspoon co-starred with Sarah Michelle Gellar and future husband Ryan Phillippe in the drama film "Cruel Intentions." That same year, Reese starred in the film adaptation of the novel "Election," for which she won Best Actress from the National Society of Film Critics and the Online Film Critics Society. She also earned a Golden Globe and Independent Spirit Award nomination. In 2000, she appeared in "American Psycho" and made guest appearances in "Little Nicky," and an episode of season six of the TV show "Friends," where she played Jennifer Aniston's character's sister.

In 2001, Witherspoon's career made another peak with the feature film "Legally Blonde," for which she won a Golden Globe for Best Actress. Her next feature film was "Sweet Home Alabama" in 2002, which starred actors Josh Lucas and Patrick Dempsey.

The sequel to "Legally Blond"e released in 2003 grossed $90 million at the box office and paid Witherspoon $15 million, making her one of Hollywood's highest-paid actresses. In 2004 she starred in the film "Vanity Fair," which received excellent reviews. In 2005, she starred in "Walk The Line," the film portrayal of the life of singer/songwriter Johnny Cash, for which she won several awards including a Golden Globe, Academy Award, and awards from the Screen Actors Guild and BAFTA.

In 2014, Witherspoon produced and starred in the film adaptation of Cheryl Strayed's memoir "Wild." Witherspoon portrayed Strayed on her 1,000-mile hike along the Pacific Crest Trail.

In January 2016, Witherspoon began filming the seven-part miniseries adaptation of the Liane Moriarty bestseller, "Big Little Lies." She produced the miniseries, along with her co-star, Nicole Kidman, and the show's director, Jean-Marc Vallée.

After co-starring in the 1999 film "Cruel Intentions," Reese began dating Ryan Phillippe. They soon married and were together until 2006 after having two children together. Their divorce was finalized in 2008. She then dated Jake Gyllenhaal for a period.

In 2011, Reese married entertainment executive Jim Toth. Toth formerly served as the co-head of Creative Artists Agency's motion picture talent division where he represented clients like Matthew McConaughey and Scarlett Johansson. They met at a party and were engaged less than a year later. In March 2019, Toth left CAA to become the head of content acquisitions at short form video platform Quibi. 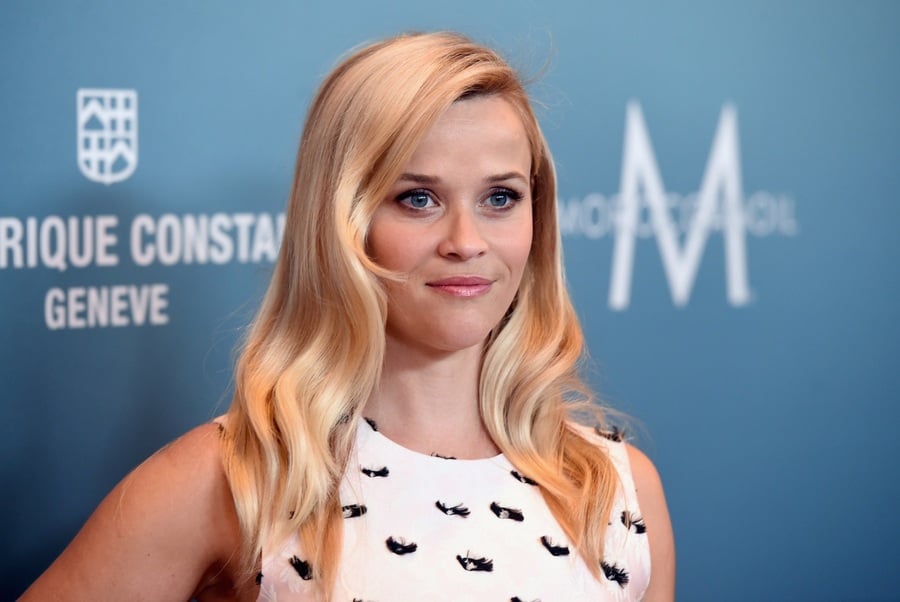 Reese Witherspoon has consistently been one of the highest-paid actresses in Hollywood since the early 2000s. One of Reese's biggest early paychecks was the $200,000 she earned for 1996's "Fear." Three years later she earned $250 thousand for the role that arguably put her on the map, 1999's "Cruel Intentions." Her first multi-million paycheck came from 2001's "Legally Blonde." The success of Legally Blonde bumped her paycheck for 2002's Sweet Home Alabama to $12.5 million. In 2003 she earned $15 million for Legally Blonde 2. She also earned her first Executive Producer credit for the sequel. From this point on, Reese earned a standard $15 million minimum base salary per movie. Between 2001 and 2012 alone she earned more than $120 million in base movie salary. To date, her film salary totals top $250 million.

For her role on the Apple TV show "The Morning Show" both Reese and her co-star Jennifer Aniston earned $1.25 million per episode. As of this writing, that's the fifth-highest amount of money ever paid to an actor on a per-episode basis.

Ojai: In 2006 Reese paid $3.955 million for an historic 7-acre ranch property in Ojai, California. Reese and Jim Toth got married at this property. In 2012 she listed the property for sale for $10 million. Unfortunately the market was cold at this time and she ultimately chose to accept $4.983 million in December 2013. Fast forward a decade and the property was once again worth at least $10 million.

Pacific Palisades: In 2014 Reese spent $12.7 million for a large home in the Pacific Palisades neighborhood of Los Angeles. At the time of purchase, construction was not fully complete. Reese proceeded to spend additional millions on upgrades that included a guard station that was manned 24-hours a day, much to the chagrin of her neighbors. She listed this home for sale in 2016 for just under $20 million without success. Fast forward to April 2020 and she finally found a buyer for $17 million.

Malibu: In August 2019 Reese spent $6.25 million to acquire a property called Zuma Farms in the hills of Malibu. In November 2020 she sold this property for $6.7 million. Here's a video tour of Zuma Farms:

Bahamas: Reese owns a multi-million-dollar mansion in the Bahamas located within a members-only gated community.