Redmond O'Neal Net Worth: Redmond O'Neal is an American voice actor who has a net worth of $10,000. Redmond O'Neal was born in Los Angeles, California in January 1985. He is the son of Farrah Fawcett and Ryan O'Neal and the step-brother of Tatum, Patrick, and Griffin O'Neal. Redmond O'Neal provided voice work for the TV series Johnny Bravo in 1997 and for the video The Brave Little Toaster Goes to Mars in 1998. In 2003 he was a production assistant on the movie Love Don't Cost a Thing and in 2009 he played himself in the television movie Farrah's Story. O'Neal is the former stepbrother-in-law of Rebecca De Mornay and John McEnroe. Redmond has struggled with drugs and arrests as an adult. He has been arrested numerous times for a variety of charges. In June 2018, he was arrested and formally charged with attempted murder after being accused of going on a violent crime spree in Los Angeles. If convicted, he could face 22 years in prison.

Farrah Fawcett's Death and Will: Tragically, Farrah Fawcett died in June 2009 after a battle with cancer. According to her will, Farrah left her art collection to the University of Texas at Austin. The collection was supposed to include an Andy Warhol-produced portrait of Farrah that was worth an estimated $12 million at the time. The painting mysteriously went missing from Farrah's LA condo upon her death and the university suspected Ryan O'Neal of taking it for himself. This turned out to be true and launched a lengthy legal battle that ultimately allowed Ryan to keep the painting.

She left an undisclosed portion of assets and money to the Farrah Fawcett Foundation which aims to provide funding for cancer research and prevention. She left $500,000 a piece to her father and nephew.

Farrah left the bulk of her estate, roughly $4.5 million in cash, to her son Redmond in a lifetime trust that came with strict parameters and restrictions. Farrah left her producer friend Richard Francis as trustee of the trust. Redmond is only entitled to interest generated by the trust. Francis can choose whether to distribute the interest income quarterly or once per month. Redmond can only tap into the principal for health care at the discretion of Richard Francis. Redmond can not even use the principal for his legal defense or bail when he is involved in with the police. He must rely exclusively on the interest which likely amounts to around $300 thousand per year before taxes. When Redmond was arrested in 2018, he did not have enough money to cover his $50,000 bail. 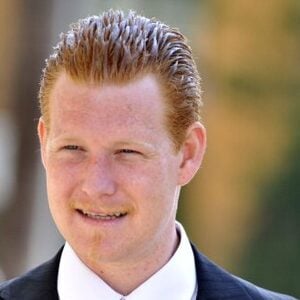