Red Café net worth: Red Café is an American rapper who has a net worth of $1 million dollars. Red Café, also known as Jermaine Denny, was born in Flatbush, Brooklyn, New York, and spent four years in prison in the early to mid-90s. He began his rap career in 1996, after being released from prison.

He first began performing with the group, Da Franchise. They signed with Violator Records, but nothing ever came of the deal. Eventually, the group members went their separate ways. In 2003, he signed with Arista, but did not release any tracks. Over the course of the next four years, he signed with Capitol, Universal, and Interscope Records, but again, no albums were produced. Though his own work was not going anywhere, he successfully ghostwrote for multiple artists during this time. Beginning in 2006, he began releasing increasingly successful mixtapes. One of his tracks, "Stick'm", was featured in Grand Theft Auto IV. He also appeared in the film, "Notorious". His first studio album, "ShakeDown" was released in 2013. 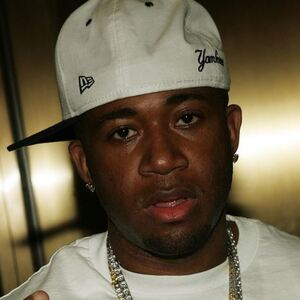