Rece Davis Net Worth and Salary: Rece Davis is a sports television journalist who has a net worth of $4.5 million. He is best known for his work at ESPN on SportsCenter and other programs.

Rece Davis was born in Chicago, Illinois in December 1957. Davis graduated from the University of Alabama in 1988 with degrees in Broadcast News and Public Affairs. He worked at Alabama as a studio host, play-by-play announcer, and radio personality. In 1987 he started working for WCFT-TV in Tuscaloosa, AL as a general assignment reporter. He worked in Columbus, Georgia at WRBL-TV in various positions. He then moved to Flint, Michigan and was a sports anchor and reporter. He moved to Bristol, Connecticut in 1995 and started working for the ESPN2 show SportSmash. In 1996 he started hosting ESPN2's NBA 2Night. He became host of ESPN2's RPM 2Night and RPM2Day before anchoring SportsCenter. He is the host of College Football Live and College Gameday, as well as College Gameday Final. In 2001 Davis was named the University of Alabama School of Communication Broadcast Department's outstanding alumnus. 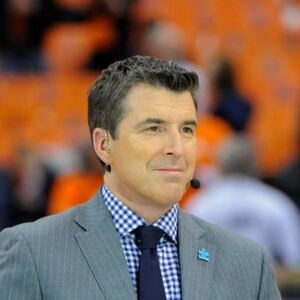