Rebecca Mader Net Worth: Rebecca Mader is an English actress who has a net worth of $4 million dollars. Born in Cambridge, Cambridgeshire, England, in 1977, Rebecca Mader first broke into the entertainment industry as a model. While in New York, she worked for brands such as Wella Hair, Colgate, and L'Oreal.

Her acting career began on soap operas "All My Children", "Guiding Light", and "One Life to Live". Soon after, she began appearing on TV shows in short roles, including "Fastlane", "Law & Order: Trial by Jury", "Stella", "Starved", and "Love Monkey". Mader landed a regular role as Alden Tuller on 13 episodes of "Justice" in 2006. Two years later, she scored a starring role on the hit ABC series "Lost" as Charlotte Lewis. She appeared on 17 episodes of the show before appearing on "No Ordinary Family", "Friends with Benefits", "Work It", "Fringe", "30 Rock", "Warehouse 13", and "Once Upon a Time". Mader has acted in several films, including "The Devil Wears Prada" with Anne Hathaway and Meryl Streep, "The Big Bang", and "Iron Man 3". In mid-2013, Mader made her on-stage debut in a comedy production, "The Third Date", at the Hollywood Fringe Festival. Mader divorced her first husband, Joseph Arongino, in 2008. 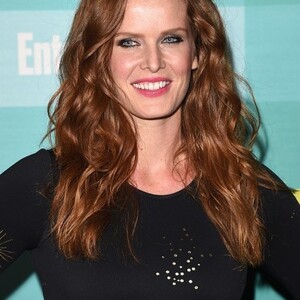