What is Rebecca Jones' Net Worth?

Rebecca Jones is a Mexican actress and producer who has a net worth of $6 million. Rebecca Jones Fuentes Berain (better known as Rebecca Jones) was born May 21, 1957 in Mexico City, Mexico.

Jones was married for 25 years to actor Alejandro Camacho and has a son named Maximiliano Camacho.

In 1997, Rebecca and Alejandro produced the telenovela Huracán. Unfortunately, the telenovela was not commercially well received. Additionally, the production reportedly caused problems between Rebecca Jones and Silvia Rasquel. This telenovela made an impact in the world of Mexican telenovelas, however, as there was nothing else up until this point in time which touched on meteorological themes. 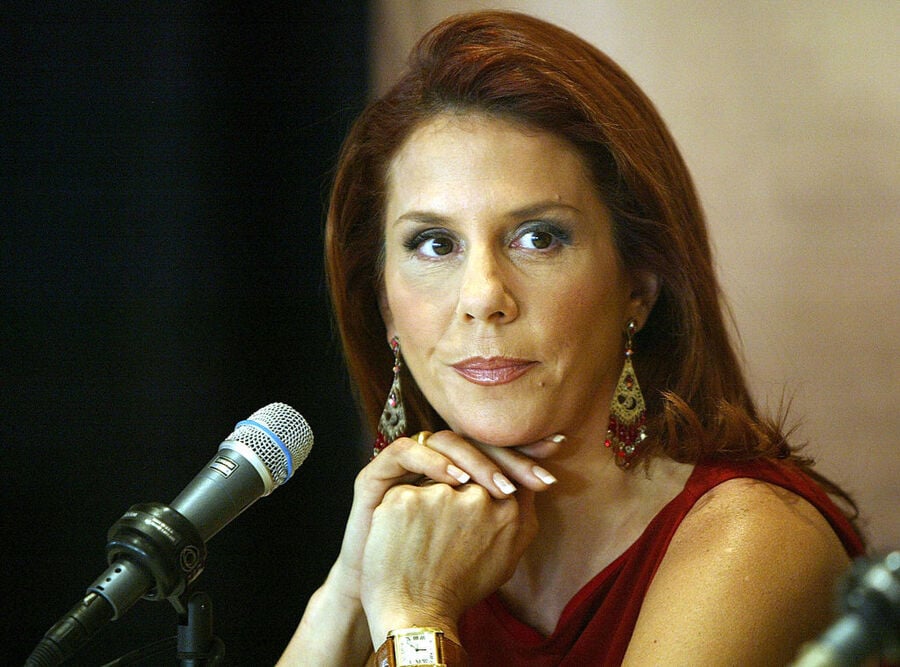 During her career Jones has won various awards, such as Best (Protagonist) Actress in the telenovela Imperio de cristal. Her most recent work was in Pasión Prohibida. Other acting credits include El alma herida (as the character Catalina Morales de Granados/vda), de Smith (2003-04), Tengo todo excepto a ti (as the character Rebeca "Becky" Blaquier) (2008), Pasión prohibida (as the character Flavia de Santillana) (2013) and Señora Acero (as the character Enriqueta Sabido) (2014). Her telenovela awards between 1986 and 2011 include TVyNovelas Awards for Best Female Antagonist, Best Lead Actress and Best Actress (winning three of the five awards she was nominated for).