Rebecca Hall Net Worth: Rebecca Hall is an English-American actress who has a net worth of $7 million dollars. Rebecca Hall was born in London, England, in 1982. Show business ran in Hall's blood: Her father was the founder of the Royal Shakespeare Company, while her mother performed in operas. She attended St Catharine's College, Cambridge, to study English literature but left before graduation.

While in school, Hall developed her love of acting, though she made her professional debut in the on-screen role of Sophy in "The Camomile Lawn" when she was ten years old. In 2006, Hall appeared in "Starter for Ten" as Rebecca Epstein; it was her first feature movie. Soon after, she scored a part in "The Prestige" and later "Joe's Palace" in 2007. Hall earned a Golden Globe nomination for Best Actress in a Motion Picture – Musical or Comedy for her performance in Woody Allen's "Vicky Cristina Barcelona" as Vicky. In 2008, she was cast in "Frost/Nixon" and a year later, appeared in "Dorian Gray". Hall starred alongside Blake Lively and Ben Affleck in "The Town". She also had parts in "Lay the Favourite", "Iron Man 3", "Closed Circuit", and "Transcendence". She won a BAFTA Award for "Red Riding: In the Year of Our Lord 1974". Hall is an accomplished stage actress and made her Broadway debut in a 2013 production of "Machinal". In 2003, she won an Ian Charleson Award for her performance in the play "Mrs. Warren's Profession". The dual U.K. and U.S. citizen is dating director Sam Mendes. Hall starred in the title role in the 2016 film Christine and won two awards and was nominated for nine more for that role. 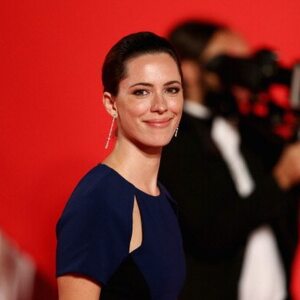