Rebecca Gibney net worth: Rebecca Gibney is an Australian actress who has a net worth of $16 million. She appeared regularly in films and television shows during the 80s and won the "Gold Logie" in 2010 for her role in Packed to the Rafters. She was born in 1964 as the youngest of six children in New Zealand.

She started working as a model and appeared on television in the kidult series, Sea Urchins from 1980 to 1984. She had her big break in Australian television when she appeared on the children's series, Zoo Family, in 1985. She went on to play "Emma Plimpton" in the popular television series, The Flying Doctors, and in 1990 also starred in the mini-series, Come In Spinner. Gibney later appeared in shows like Stingers, the move adaptation of Salem's Lot, Nightmares and Dreamscapes, Tripping Over, Clubland, Halifax f.p., and Introducing the Dwights. She currently hosts a documentary series called, Sensing Murder in New Zealand and is also working on a project called The Killing Field. She has won, and been nominated, for several awards at the AFIs and the Logies throughout her career. She won her first AFI Award for Best Actress in 1990 for her role in Come In Spinner and also won a peer-nominated Logie award in 1991 for her work on the show. For her work in Packed to the Rafters, she won the 2009 Gold Logie and the 2009 Most Popular Actress award. Gibney has been married twice, first to the former lead singer of Southern Sons, Irwin Thomas, and more recently to production designer, Richard Bell. 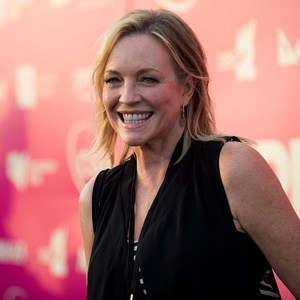