What Is Rebecca Gayheart's Net Worth?

Rebecca Gayheart was born on August 12, 1971, in Hazard, Kentucky. Her mother, Floneva, was an independent beauty consultant for Mary Kay, and her father, Curtis, worked as a coal-truck driver and miner. Rebecca grew up in Pine Top, Kentucky, with siblings Rachel, Elizabeth, and Curtis, and she attended Knott County Central High School. As a high school freshman, Gayheart portrayed Lizzie Borden in a stage play, and when she was 15, she won a modeling contest and moved to New York City. There, she studied at the Professional Children's School and the Lee Strasberg Theatre and Film Institute while appearing in commercials for companies such as Burger King and Campbell's soup and modeling in J.C. Penney catalogs.

In 1990, Gayheart appeared in a New York University short film, "Whatever Happened to Mason Reese?," directed by Brett Ratner. Two years later, she landed the role of Hannah Mayberry on "Loving," appearing in more than 140 episodes of the series. In 1994, Rebecca appeared in the TV movies "Vanishing Son," "Vanishing Son III," and "Vanishing Son IV" and began starring as Bess Martin on the NBC science-fiction series "Earth 2," which ran for 21 episodes. She had a recurring role as Antonia "Toni" Marchette on Fox's "Beverly Hills, 90210" in 1995, and the following year, she made her feature film debut in the drama "Somebody Is Waiting." In 1997, Gayheart co-starred with Martin Lawrence and Tim Robbins in "Nothing to Lose" and played Sorority Sister Lois in the hit slasher film "Scream 2," which grossed $172.4 million at the box office. She starred as Brenda Bates in the 1998 horror movie "Urban Legend" and Julie Freeman in 1999's "Jawbreaker," and she played Samantha "Sam" Price on the 1999 ABC series "Wasteland," which was created by "Scream" screenwriter Kevin Williamson. In 2000, Rebecca starred in the films "From Dusk Till Dawn 3: The Hangman's Daughter" and "Shadow Hours" and had a cameo in "Urban Legends: Final Cut," then she co-starred with fellow "Scream 2" sorority sister Sarah Michelle Gellar in 2001's "Harvard Man." 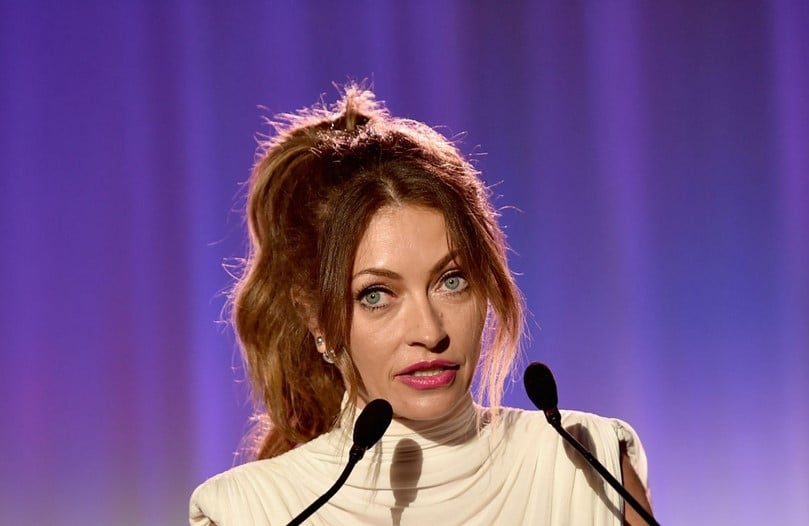 Gayheart guest-starred on "Inside Schwartz" (2001), "What I Like About You" (2003), "The Division" (2004), and "Nip/Tuck" (2004–2006), and in 2003, she had a recurring role as Betty Rhomer on Showtime's "Dead Like Me." She appeared in the films "Pipe Dream" (2002), "Santa's Slay" (2005), and "Bunny Whipped" (2007), and she played the title role in the TV movie "Scarlett" (2006). In 2005, Rebecca received rave reviews for her performance in "Steel Magnolias" on Broadway, with "Variety's" David Rooney writing, "Exuding all the breezy confidence of a girl who's always been popular and pretty, Gayheart's Shelby provides a strong center, allowing only brief glimpses of the cracks in her cheerful, optimistic veneer and refusing to be treated as fragile goods by the clucking women around her." Rebecca starred as Judy Nash on the Fox series "Vanished" in 2006, and around this time, she guest-starred on "Medium" (2006), "CSI: Miami" (2007), "Ugly Betty" (2007), and "The Cleaner" (2009). She appeared in the 2013 teen comedy "G.B.F.," and in 2015, she co-starred with her husband, Eric Dane, in "Grey Lady." In 2019, Gayheart had a small role as Billie Booth, the deceased wife of Brad Pitt's Cliff Booth, in Quentin Tarantino's "Once Upon a Time in Hollywood," which earned an Academy Award nomination for Best Picture and a Golden Globe for Best Motion Picture – Musical or Comedy.

At age 15, Rebecca met Brett Ratner, who would later direct films such as "Rush Hour" and "X-Men: The Last Stand," and they were in a relationship for 13 years. They became engaged in 1997, but they split up in 1999. Gayheart married future "Grey's Anatomy" star Eric Dane on October 29, 2004, 10 months after meeting him, and they welcomed daughters Billie (born March 3, 2010) and Georgia (born December 28, 2011) before Rebecca filed for divorce in early 2018. In 2009, the couple sued Gawker Media for copyright infringement after a nude video featuring Gayheart, Dane, and former Miss Teen USA contestant Kari Ann Peniche was posted on gawker.com. Nearly a year later, Gawker agreed to remove the video.

In June 2001, Rebecca struck a 9-year-old boy, Jorge Cruz, Jr., while she was driving a car belonging to her "From Dusk Till Dawn 3" co-star Marco Leonardi. Sadly, Cruz died the following day, and Gayheart gave the family $10,000 to pay for funeral expenses. In November 2001, she pleaded no contest to vehicular manslaughter, and she received a sentence of three years of probation and 750 hours of community service. Rebecca's license was also suspended for a year, and she was ordered to pay a fine of $2,800. Cruz's parents filed a wrongful death lawsuit, and it was settled out of court in January 2002. Gayheart spoke about the tragic accident during a 2019 appearance on "The Only One in the Room" podcast, revealing, "I just didn't want to live after that accident. That's what it came down to. I couldn't handle it at all. So I spent about a year just trying to kill myself, basically, by doing every self-destructive thing a person can do." 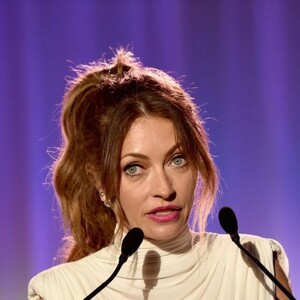