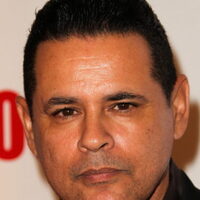 Raymond Cruz net worth and salary: Raymond Cruz is an American actor who has a net worth of $4 million dollars. Raymond Cruz was born in Los Angeles, California, and went on to major in writing and theater in college. He began his professional acting career in the late 80s playing guest starring roles on such television shows as, "Beauty and the Beast", "Cagney & Lacey", and "Knots Landing". He has worked steadily over the course of the last 25 years, making a name for himself playing soldiers and law enforcement officials in a variety of film and television projects. Some of his film projects include, "Dead Again", "Under Siege", "Clear and Present Danger", "The Substitute", "Alien Resurrection", "Training Day", and "Collateral Damage". His television projects include guest-starring, recurring, and co-starring roles on such shows as "Murder, She Wrote", "The X-Files", "24", "Nip/Tuck", "The Closer", "My Name is Earl", "Breaking Bad", and "White Collar". Between 2012 and 2018 Raymond appeared in over 100 episodes of the series, "Major Crimes".