Ray Winstone Net Worth: Ray Winstone is an English actor who has a net worth of $5 million. Ray Winstone was born February 19, 1957 in Homerton, Hackney, London, England. Mostly known for his "tough guy" roles, starting with a role as Carlin in the 1979 film Scum and Will Scarlet in the television series Robin of Sherwood.

He has also become known as a voiceover actor, and has branched out into film production. He has appeared in films such as Cold Mountain, Nil By Mouth, King Arthur, The Proposition, The Departed, Beowulf, Indiana Jones and the Kingdom of the Crystal Skull, Edge of Darkness and Rango. Early in life he developed an affinity for acting. He would go with his father to the cinema every Wednesday afternoon. After borrowing extra tuition money from a friend's mother, a drama teacher, he took to the stage and soon appeared in a production of Emil and the Detectives. At the age of 12, Winstone joined the famous Repton Amateur Boxing Club and, over the next 10 years won 80 out of 88 bouts. At welterweight, he was London schoolboy champion on three occasions, fighting twice for England. Winstone went on to enroll at the Corona Stage Academy in Hammersmith and landed his first major role in What a Crazy World at the Theatre Royal, Stratford, London, but he danced and sang badly. One of his first TV appearances came in the 1976 Loving Arms episode of the popular police series The Sweeney. Soon, thanks to his compelling performance in Scum, Winstone was hailed as the next big thing. By his own admission, throughout the '80s, Winstone took on some poorly conceived roles and delivered uninspired performances. By the time he starred in Tank Malling (1989), Winstone had declared bankruptcy and given up on acting. In 1990, Winstone was coaxed out of his brief retirement by playwright Kathy Burke, who cast him in the title role of her play Mr. Thomas, a part that earned him wide critical acclaim and restored his confidence-he was back in the saddle.

His most recent works include appearances in Moonfleet (2014 – miniseries), Noah (2014), The Gunman (2014), being cast in the 2015 film Point Break and starring in the British independent film The Hot Potato. 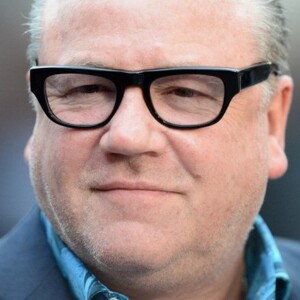