Ray Stevenson Net Worth: Ray Stevenson is a British actor who has a net worth of $8 million dollars. Born in 1964 in Lisburn, Country Antrim, Northern Ireland, in the United Kingdom, Ray Stevenson studied at the Bristol Old Vic Theatre School. Stevenson's on-screen debut came in a small TV part in 1993's "A Woman's Guide to Adultery".

Two years later, he landed a recurring role as Steve Dickson on "Band of Gold". He appeared in five episodes of "Drover's Gold" and 32 episodes of "City Central" before making his film debut in 1998's "The Theory of Flight" as a gigolo alongside Helena Bonham Carter and Kenneth Branagh. A decade later, he landed his first lead role in 2008's "Outpost", a Scottish horror movie. Since then, he has appeared in "The Book of Eli", "The Three Musketeers", "Thor", "Thor: The Dark World", "G.I. Joe: Retaliation", "Divergent", and the upcoming "The Divergent Series: Insurgent". He is perhaps best known as Titus in 22 episodes of TV series "Rome" and as Isaak Sirko in nine episodes of "Dexter". He earned a Saturn Award for Best Guest Starring Role on Television for his part in the series. Stevenson has also briefly appeared on stage in productions of "York Mystery Plays" in 2000, "Mouth to Mouth" in 2001, and "The Duchess of Malfi" in 2003. Stevenson married his first wife, actress Ruth Gemmell, in 1997. They divorced several years later and Stevenson is now dating Elisabetta Caraccia. They have two children together. 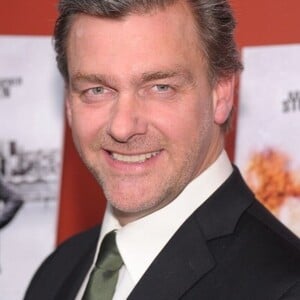