Ray McKinnon net worth: Ray McKinnon is an American actor, screenwriter, director, and producer who has a net worth of $4 million. He is perhaps best known for starring in the TV series "Deadwood", Sons of Anarchy" and "Mayans M.C.". He is also the creator and executive producer of the series "Rectify".

Ray McKinnon was born in Adel, Georgia in November 1957. He made his acting debut in 1989 in the movie Driving Miss Daisy. McKinnon starred as Revered H.W. Smith on the television series Deadwood in 2004. He starred as Lincoln "Linc" Potter on the TV series Sons of Anarchy in 2011 and Mayans M.C. from 2018 to 2019. Ray McKinnon has also appeared in the films Bugsy, Apollo 13, The Net, O Brother, Where Art Thou?, The Blind Side, Footloose, Ford v. Ferrari, and more. He has appeared in episodes of the TV series In the Heat of the Night, Designing Women, Picket Fences, The Stand, Matlock, The Client, Nash Bridges, NYPD Blue, The X-Files, Law & Order: Special Victims Unit, and more. McKinnon created, wrote, directed, and executive produced the TV series Rectify from 2013 to 2016. He won an Academy Award for Best Short Film, Live Action for The Accountant in 2001. 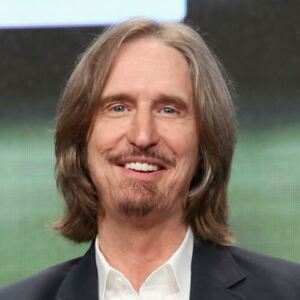