Raven Goodwin net worth: Raven Goodwin is an American actress who has a net worth of $500 thousand. Raven Goodwin was born in Washington, D.C. in June 1992. She first appeared in the movie Lovely & Amazing in 2001. From 2007 to 2008 Goodwin starred as Tangie Cunningham in the television series Just Jordan.

In 2010 she starred as Becca Huffstatter in the TV series Huge. From 2010 to 2014 she starred as Ivy Wentz in the series Good Luck Charlie. Goodwin has starred as Niecy in the TV series Being Mary Jane since 2013. She has starred in the movies The Station Agent in 2003, Phat Girlz in 2006, and All About Us in 2007. Goodwin has also appeared in episodes of the TV series Malcolm in the Middle, Strong Medicine, Everybody Hates Chris, All of Us, 30 Rock, Glee, and New Girl. She has been nominated for a Screen Actors Guild Award, Independent Spirit Award, and Black Reel Award. 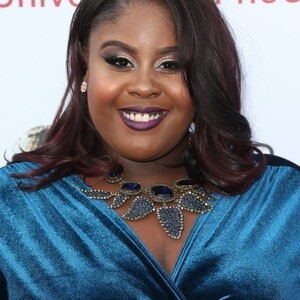