What is Rashida Jones' Net Worth and Salary?

Rashida Jones is an American film and television actress, comic book author, screenwriter and occasional singer who has a net worth of $25 million. Rashida Jones is best known for her roles on the popular NBC sitcoms "The Office" and "Parks and Recreation." She also starred on the Fox drama series "Boston Public" and the TBS comedy series "Angie Tribeca." Jones' film credits include such hits as "The Social Network" and 2011's "The Muppets."


Rashida Leah Jones was born in 1976 in Los Angeles, California to parents Quincy Jones, a legendary musician and producer, and Peggy Lipton, a famous actress and model. She has an older sister, Kidada Jones, as well as five half-siblings from her father's side. Jones is of African American and Ashkenazi Jewish descent, and was raised in Reform Judaism by her mother. She attended The Buckley School in Sherman Oaks, where she was involved in theater. Later, at Harvard University, she nurtured her creative skills as part of groups such as Hasty Pudding Theatricals, the Signet Society, and Harvard Radcliffe Dramatic Club. After abandoning her professional interest in law, she became further involved in the performing arts on campus, serving as musical director for a school a cappella group and acting in a number of plays.

Upon graduating in 1997, Jones launched her professional acting career with a part in "The Last Don," a miniseries based on the Mario Puzo novel. Subsequent credits included "Myth America," "If These Walls Could Talk 2," "East of A," and a guest role on "Freaks and Geeks." In 2000, Jones was cast as Louisa Fenn on the high school-set series "Boston Public," which ran for two years. After the show ended, Jones appeared in a number of films and TV shows, including "Death of Dynasty," "Strip Search," "Little Black Book," and the TNT police drama "Wanted."

The Office and Mainstream Success

Just as she was considering leaving behind her career in acting, Jones was offered a part on NBC's hit sitcom "The Office." Joining the cast in 2006, she appeared regularly throughout the third season, and came back as a guest star for a few episodes in later seasons. In 2009, Jones starred in "Brief Interviews with Hideous Men," directed by her "Office" costar John Krasinski, and "I Love You, Man," a buddy comedy with Jason Segel and Paul Rudd. That same year, Jones accepted her biggest TV role yet when she was cast as nurse Ann Perkins on the NBC series "Parks and Recreation." She starred on the show from its pilot to midway through its sixth season, and returned for the program's series finale.

In 2010, Jones appeared in the critically acclaimed Facebook drama "The Social Network," which was set at the actress' alma mater of Harvard. She also starred opposite Chris Messina in the romantic drama "Monogamy." The following year, she found major success when she appeared in four high-profile comedy films. They included the Justin Timberlake and Mila Kunis romcom "Friends with Benefits"; the comedy "The Big Year," featuring Owen Wilson, Steve Martin, and Jack Black; the musical "The Muppets," with Jason Segel and Amy Adams; and "Our Idiot Brother," a comedy starring Paul Rudd and Elizabeth Banks. In 2014, Jones was cast in the titular role of the TBS series "Angie Tribeca," which ran from 2016 to 2019. Among Jones' subsequent acting credits are "Decoding Annie Parker," "Cuban Fury," "Zoe," "Tag," and "On the Rocks," in which she played the daughter of Bill Murray's character. 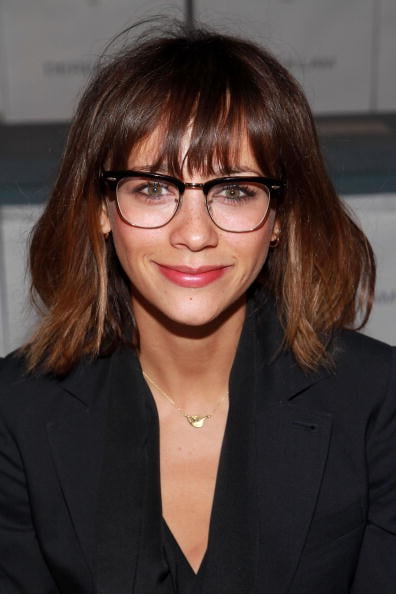 In addition to acting, Jones is the creator of the comic book series "Frenemy of the State," about a socialite who gets conscripted by the CIA. Jones co-writes the comics with husband-and-wife writing duo Christina Weir and Nunzio DeFilippis, and sold the screen rights to Universal Pictures and Imagine Entertainment in 2009. Earlier that year, she had sold her first screenplay: the romantic comedy "Celeste and Jesse Forever." Jones co-wrote the script with her writing partner Will McCormack, and also starred in the film alongside Andy Samberg. In 2016, Jones co-wrote the script of "Nosedive," an episode of the popular anthology series "Black Mirror." Later, she re-teamed with McCormack to pen the screenplay of "Toy Story 4," a position she subsequently left in protest of an unequal working environment.

Jones has lent her singing voice to a number of projects. She was a guest vocalist on the Tupac Shakur tribute album "The Rose That Grew from Concrete," contributed to the 1999 album "Home Field Advantage" by The High & Mighty, and provided backing vocals for a number of Maroon 5 songs, including "Tangled," "Not Coming Home," and "Kiwi." In 2002, Jones was featured alongside her sister in the music video to Aaliyah's "More Than a Woman." Other music video appearances have been for the Foo Fighters' "Long Road to Ruin" and The Boy Least Likely To's "Be Gentle With Me." Later, Jones directed the music videos for Sara Bareilles' "Brave" and Boss Selection's "Flip and Rewind."

In 2003, Jones got engaged to music producer Mark Ronson. The engagement was broken off the following year. In 2015, she began dating Vampire Weekend musician Ezra Koenig, with whom she had a son in 2018. The two live in a $3.2 million ranch-style home in Ojai, California; the four-bedroom, five-bath residence sits on 40 acres surrounded by trees and hills.

Jones has been involved in many philanthropic pursuits. These have included advocating for Peace First, a nonprofit that teaches children to nonviolently resolve conflicts; participating in various Stand Up to Cancer events; and doing fundraising for St. Jude Children's Research Hospital and New York's Lower Eastside Girls Club. Jones has also visited a Syrian refugee camp in Lebanon, and documented her experience in both writing and on film for Vanity Fair and rescue.org, respectively.

In October 2007 Rashida paid $1.24 million for a home in West Hollywood, California. 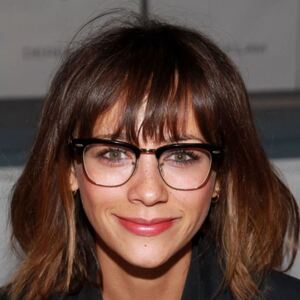