Raoul Bova Net Worth: Raoul Bova is an Italian actor who has a net worth of $5 million dollars. Born in 1971 in Rome, Italy, Raoul Bova was a champion swimmer as a teenager. When he was 21 years old, he enlisted in the Italian Army and was part of the sharpshooters corps.

After his discharge, Bova studied at the Italian Institute of Physical Education before deciding he'd rather act. After leaving the physical education school, he enrolled in Rome's Beatrice Bracco school and learned from actor Michael Margotta. Bova has gone on to appear in dozens of films and TV shows, most in his native country. He made his debut in 1992's "Una Storia Italiana" on TV. He acted in miniseries "La Piovra 7", "Terra bruciata", "Distretto di polizia", "The Knights Who Made the Enterprise", "Avenging Angelo", "Karol: A Man Who Became Pope", "What About Brian", and "Immaturi". Bova has also appeared in "Under the Tuscan Sun" with Diane Lane in 2003, "The Tourist" with Johnny Depp and Angelina Jolie in 2010, and in 2004's "Alien vs. Predator". He has been married to his wife, Chiara Giordano, since 2000, and has three children. He earned recognition as a nominee for the Goodwill Ambassador of the Food and Agriculture Organization of the United Nations. 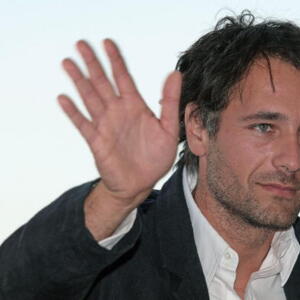